Home > News > Biodiversity: Is There Hope? May 29th in San Diego

Biodiversity: Is There Hope? May 29th in San Diego [fr]

French Embassies in the United States and Canada to Host High-Level Expert Panels on Biodiversity Conservation in Partnership with Presidio Trust in San Francisco, Scripps Institution of Oceanography in San Diego and UBC Robson Square in Vancouver. 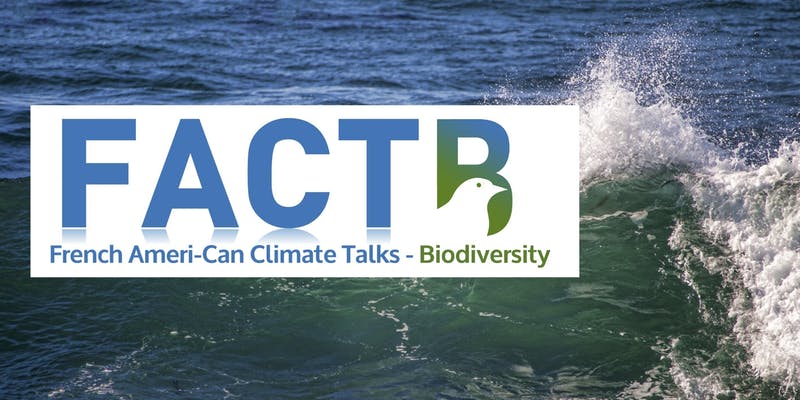 A first series of events will be held in three major cities of the West Coast (San Francisco, San Diego, Vancouver) with two distinguished French speakers: Anne Larigauderie, Executive Secretary of the IPBES, and Jean-François Silvain, President of the Foundation for Research on Biodiversity.

In San Diego, join us on Wednesday, May 29 at 5:00 pm at the Scripps Seaside Forum (8610 Kennel Way, San Diego, CA 92037) for a special panel talk on Ocean Biodiversity Challenges in the 21st Century, in partnership with Scripps Institution of Oceanography.

FACT-B is part of France’s broader efforts to make biodiversity conservation a priority at the international level, in the same way as the fight against climate change.

The initiatives on biodiversity issues to be led by the French diplomatic network in North America in 2019 will echo the organization of major events in France in 2019 and 2020:

The G7 Summit, one of whose priorities will be biodiversity conservation, in Biarritz from August 24 to 26, 2019;

The 7th World Conservation Congress of the International Union for Conservation of Nature (IUCN) in Marseille from June 11 to 19, 2020.