Holocaust By Bullets at LAMOTH

LAMOTH is proud to announce the United States premiere of the exhibit Holocaust By Bullets: Yahad - In Unum, 10 Years of Investigations. Featuring ten years of field investigations in the former Soviet Union by Yahad-In Unum, the exhibit opens on February 10, 2015 and will last through March 15, 2015.

Yahad-In Unum, founded by French Catholic priest Father Patrick Desbois, presents its painstaking research in a succinct yet approachable manner that enables the visitor to uncover, step by step, the crime committed by the Nazi killing units known as the Einsatzgruppen, who went from village to village in the occupied Soviet Union and rounded up Jews, Gypsies, and Soviet Commissars and murdered them person by person, bullet by bullet. Known as the “Holocaust by Bullets,” the systematic killing of all Jews started before the creation of concentration camps and continued until WWII‘s end from 1942 to 1944. 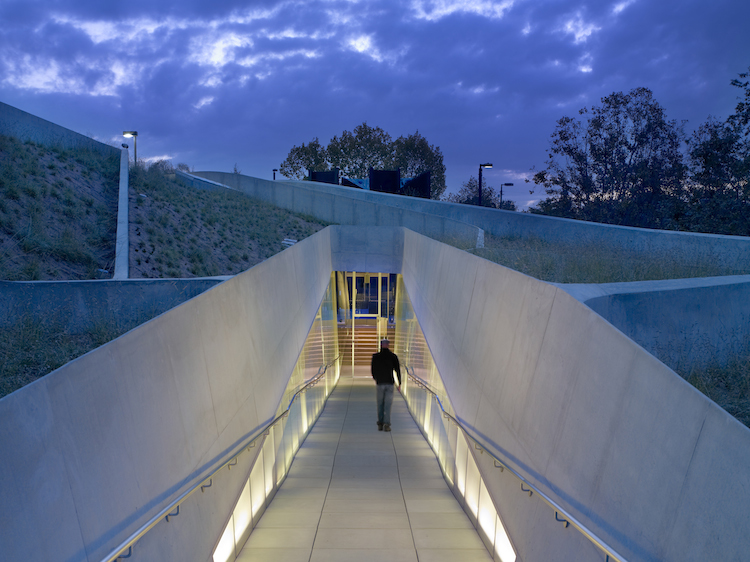 The exhibit gives viewers a chance to learn about this lesser-known side of the Holocaust through eyewitness testimonies, photographs, and maps. The exhibit presents Yahad’s identification of five steps of the crime that took place almost systematically for every mass killing throughout Eastern Europe leading up to the executions—the arrest, the road, the undressing, the shooting, and after the executions, the looting.

Los Angeles resident Dr. Steven Teitelbaum was inspired by a lecture given by Father Desbois to research and discover the tragic fate of his Polish great-grandparents during the Holocaust. With the help of a Yahad researcher, Dr. Teitelbaum and his family journeyed to his great-grandparents’ ancestral town of Wielopole, visited their old home, interviewed witnesses, and prayed at the site of the executions. The Museum will display items collected by the Teitelbaums and Yahad-In Unum, including photographs, art, and eyewitness testimony from Wielopole residents.

"This exhibit represents another brutal and heart-wrenching chapter in this incomprehensible narrative,” says Samara Hutman, Executive Director of the Museum. “We are honored to be hosting the United States premiere here at Los Angeles Museum of the Holocaust in Pan Pacific Park, a Museum that itself was the first of its kind in this country. We are particularly moved that in this Museum, which holds the memories and life stories of so many that were lost, this Exhibit will include the individual story of a Los Angeles family — the Teitelbaums — whose discovery of their own family’s tragic history might not have been possible without the help and dedicated efforts of Yahad-In Unum researchers."

“Because some of the images are disturbing, they have been presented in a thoughtful and discreet fashion, enabling the visitor to view them at his or her own discretion,” says Father Desbois. “The visitor in effect becomes a ‘witness’ to the crime, choosing to delve deeper into the findings.”

Father Desbois and his team of researchers interviewed the young children – now elderly men and women – who were eyewitnesses to the killings, and then went to the burial sites and uncovered important evidence of the crime. Their research has forced historians to understand anew the scope and scale of the murders during the first stage of the Final Solution. For many of the eyewitnesses to crime perpetrated 74 years ago, this was the final moment to give testimony to what they saw as children.

In Cambodia, Rwanda, Darfur, the Balkans and Syria, the mass killings are modeled after what Father Desbois calls the archetype of these horrors – those village by village, in situ massacres perpetrated by the Nazis and their collaborators in Eastern Europe.

“Unfortunately, this form of genocide, ‘Holocaust by Bullets,’ is the model for mass killings today,” says Marco Gonzalez, Director of Yahad-In Unum in Paris. “Thus, the lessons to be learned are practical, and the details need to be exposed for all to see and understand.”

By presenting the exhibit in the United States, Yahad-In Unum hopes to reach a broad spectrum of the community and challenge new generations to face issues of anti-Semitism and violence today. To that end, the U.S. exhibit is presented in both English and Spanish. Father Desbois believes that if these issues are tackled, named and discussed, it will help prepare new generations to take responsibility and perhaps decide to take action to combat them. He adds: “With violence and anti-Semitic attacks on the rise, the work of Yahad-In Unum is crucial and more important than ever. We are on the front lines of this critical battle.”

Accompanying the exhibit is a 130-page Teacher’s Guide that provides educators with material to enable an in-depth study of the “Holocaust by Bullets” with sample questions and activities to engage a discussion about the issues surrounding genocides and the individual’s responsibility. Along with the installation, monitors are available to view extended eyewitness testimonies.

Between 1942 and 1944, more than two million Jews were massacred when Nazi Germany invaded the Soviet Union. In a period of two and a half years, the Nazis killed nearly every Jew in the region. The mass murder was part of the Holocaust, the Nazi genocide of the Jewish people. Until recently, this chapter of Holocaust history, referred to as the “Holocaust by Bullets,” was relatively unknown. At the end of the killing process, a special Einsatzgruppen was assigned to dig up the bodies and burn them so that there would be no evidence of the crime.

To date, Yahad-In Unum has identified over 1,350 mass killing sites and interviewed over 3,800 local non-Jewish eyewitnesses. As distinct from the concentration camps, there are few survivors to tell the world what had happened. It is estimated that in less than five years, these witnesses will be gone.

Yahad-In Unum is the sole Christian organization dedicated to finding the truth about these killings.