In spite of the economic crisis, France remains attractive to foreign investors, who launched 639 projects in the country in 2009, a slightly higher figure than prior to September 2007. The country’s main assets remain the excellent quality of its workforce and favourable tax measures. 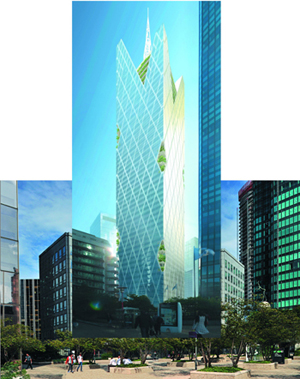 The Invest in France Agency (AFII) has good cause to celebrate. According to its latest report, published in early March 2010, 639 foreign investment projects were launched in 2009, almost as many as in 2008 (641) but more importantly, slightly more than before the economic crisis (624 in 2007). A clear sign of France’s continuing appeal, due primarily to the quality and training of its workforce as well as to fiscal incentives designed to make it easier for businesses to establish a base in the country, and also to its dense, high-performance transport network. These new projects should help create or maintain 29,889 jobs in France. Which is good news for the French economy.

Although investments are smaller and less ambitious than in the past, and most concern only small businesses – half of these projects relate to sites employing less than 20 people – this is because the trend in 2009 was towards a surge in the services sector, primarily in research and development, as well as consultancy. These activities are a natural focus for SMEs, which represent 38% of the 2009 crop of investors. Traditional manufacturing activities, meanwhile, are on the decline.

For example Huawei, a major Chinese telecommunications company, has created research centres in France and has no regrets about its decision. Not only is France recognised for its innovations in advanced technologies and telecommunications, a reputation well known to the Chinese firm, but Huawei also has access to components suppliers for these technologies and to the skilled workforce it needs, within easy reach of its research centres.

Another not insignificant advantage for Huawei is that France benefits from the most attractive research tax credit in Europe. This was introduced into the tax system in 1983 and amended in 2008, offering a tax credit of 30% of R&D expenditure up to 100 million euros and 5% on any additional spend. Businesses taking advantage of the scheme for the first time benefit from a rate of 50% in the first year and 40% in the second.

Another positive indicator is that 62% of foreign investments in 2009 will result in the creation of new sites. “A sign of confidence in France,” emphasises the French Minister of the Economy and Finance, Christine Lagarde. Foreign businesses, which own 39.2% of the companies on the CAC 40 (the benchmark French stock market index), seem reassured by a French economy in which the consumer market is holding up well, the social economy is robust and innovation is both sustained and renowned for its cutting-edge infrastructure, particularly in buoyant sectors such as renewable energy.

One new development for 2009 is that for the first time the leading foreign investor in France is no longer the United States but Germany, which is the driving force behind 18% of these projects. The German firm ESG, for example, which specialises in the defence, aviation and automotive sectors, has decided to set up a base in France. It has justified its decision first because of the good conditions offered, but also as a result of the reputation for innovation French manufacturers enjoy at European level, placing it in a leading position in ESG’s three areas of activity.

Although the United States has been supplanted this year, it is close on Germany’s heels with 17% of new projects. General Electric plans to invest 45 million euros in creating a research centre in the La Défense business district close to Paris. Whilst the majority of foreign investments are in the Ile-de-France, Provence-Alpes-Côte d’Azur or Rhône-Alpes regions, other areas have found ways to attract foreign firms as well. The world’s second-largest pharmaceutical firm, American GlaxoSmithKline Biologicals, for example, chose the Nord-Pas de Calais region initially for the good conditions offered by the region and the support it provides during the project implementation phase, but also because of its reputation for high-quality work and its dense and accessible transport system.

These were all advantages that the Brazilian firm Embraer International Aviation found in the Paris region, in this case close to Roissy-Charles de Gaulle airport. Again, France was chosen as a base initially because of the quality of its workforce. The country’s geographical position on the European map was also an important factor, as was its proximity to North Africa, an area that holds promising prospects for the Brazilian company.

The Invest in France Agency would like to see more firms like Embraer, from emerging countries, investing in France. In places such as China, India, Brazil, Turkey and the Gulf states, France’s image is mainly as a tourist destination and business owners do not yet instinctively think of investigating the country as a potential business base. It is an image that the AFII wants to change and improve, adding an economic dimension to France’s traditional tourist appeal by explaining the various benefits of setting up business here and the ease of doing so. In early March it launched a campaign entitled “France – Expect More” aimed at the press and Internet sites in these target countries with a view to overturning prejudices and opening up new possibilities.

The AFII not only offers foreign firms with a potential interest in investing in France its expertise and advice, it also acts as a “facilitator” to help them through the legal and administrative processes. It emphasises and explains to firms the possible financial benefits of setting up a base in France, depending on the region and area of activity involved. By acting as a guide for foreign firms, the AFII also helps speed up procedures: a very tangible way of welcoming them to France.