Visit by Mr. François Delattre, Ambassador of France to the United States of America, to the Jet Propulsion Laboratory and the California Institute of Technology

On September 5th-7th, 2011, Mr. Delattre visited the laboratories of the California Institute of Technology (Caltech), to present the Legion of Honor to Dr. Charles Elachi, Director of the Jet Propulsion Laboratory, and Vice President of Caltech. 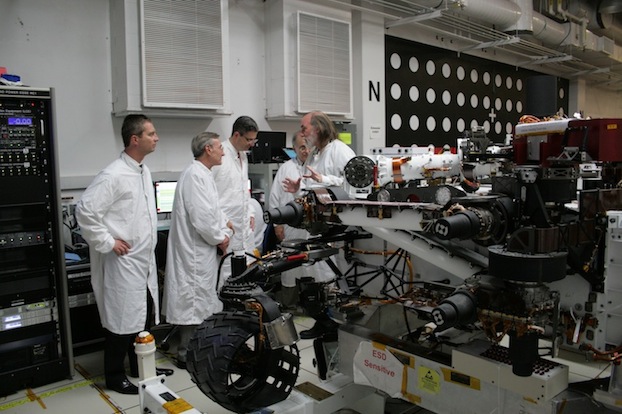 Chameau mentioned that, in spite of the relatively small size of the institution (2,500 students), his drive is strongly focused on selectivity while recruiting his professorial body, and their reactivity in creating laboratories to work in emerging and innovating fields. There are numerous ongoing joint projects between France and Caltech supported by PUF funding (Partner University Fund, Ecole_Polytechnique-GALCIT/Caltech and CEA-LETI-Caltech); student mobility is encouraged by the Chateaubriand fellowship. 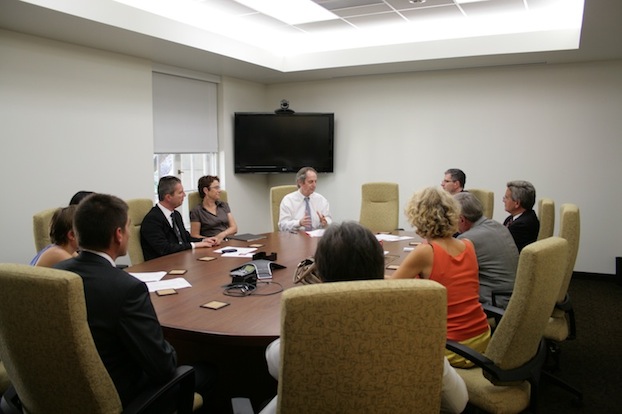 Conversation between Mr. Delattre and Mr. Chameau, with the CNES delegation and Mr. Martinon

Mr. Yannick d’Escatha, President of CNES (Centre National d’Etudes, Spatial), led a delegation to follow-up on the progress of projects developed between CNES and JPL/Caltech. With Mr d’Escatha, Ambassador Delattre visited the Caltech laboratories and spoke with several scientists:

Visit of the white rooms of the Kavli Nanoscience Institute 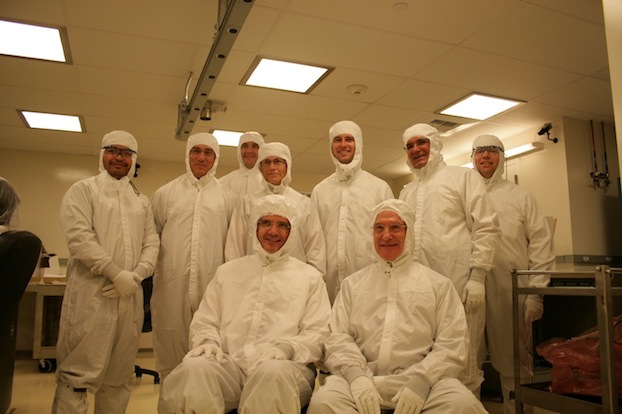 Visit of the white rooms of the Kavli Nanoscience Institute

Presentation of recent activities in the field of Astronomy (with Dr. George Helou and Jonas Zmuidzinas)

Visit of the Guggenheim Aerospace Laboratories with Dr. Ares Rosakis 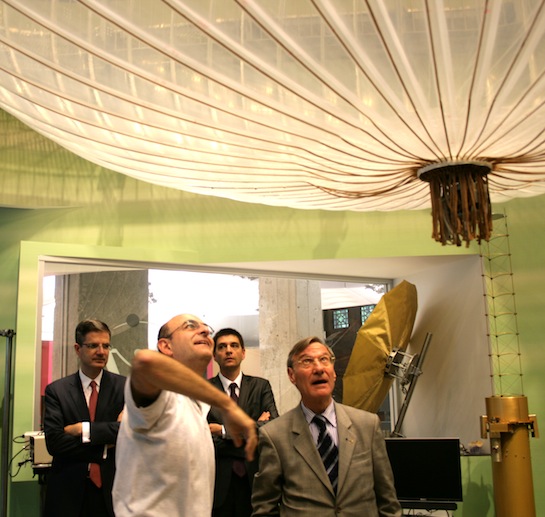 In the front row, Mr. d’Escathe is seen with Dr. Pellegrino, in the second row; Mr. Delattre and Mr. Agenes, Scientific attaché in Los Angeles.

The highlight of the evening was the presentation ceremony of the Legion of Honor to Mr. Elachi, director of JPL. Charles Elachi completed a portion of his studies in France, at the Polytechnic School of Grenoble, before beginning his career in the United States. 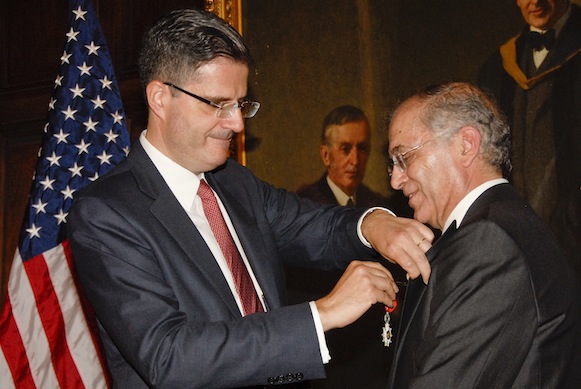 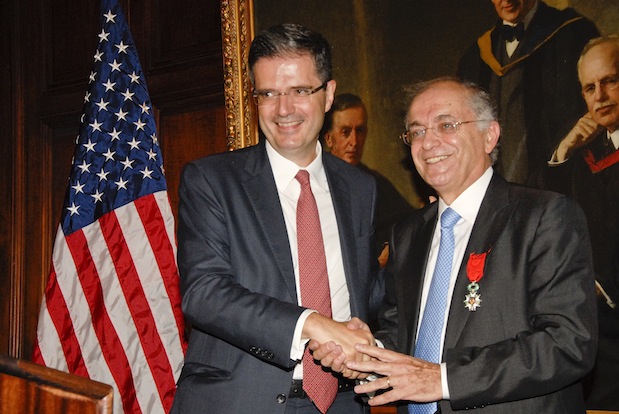 Mr. Elachi being knighted with the Legion of Honor by Mr. Delattre