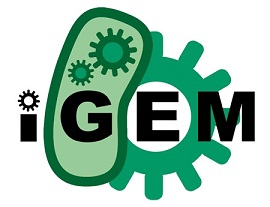 The final leg (or jamboree) of the international competition iGEM, “International Genetically Engineered Machine”, took place between November, 2nd and November, 5th 2012 in Boston, Massachusetts, USA. The wining team of what is known as the “premiere undergraduate Synthetic Biology competition in the World” is from Groningen University, Groningen, Netherlands.

Team “Groningen” was awarded the first prize for creating the biosynthetic organism “The Food Warden”, a system which detects meat spoilage. It uses Bacillus subtilis cells. Their natural genetic response to the gases of rotten meat has been identified and linked to a pigment production system. In this way, a consumer can easily see when the meat is spoiled, and, as such, not waste meat which is still consumable or fall ill from meat that has gone off.

The internationally-renowned competition iGEM was set up in 2003 by MIT. In 2012, iGEM spun out of this prestigious university and became an independent nonprofit organization located in Cambridge, Massachusetts, USA. In order for student teams to take part in this competition, they must be supervised by several postgraduate students and postdoctoral fellows. Student teams are given a kit of biological parts at the beginning of the competition, and have 6 months to create a new micro-organism, which could have a positive impact for society, notably when used for bioremediation which consists in the use of micro-organisms to sanitize polluted environments.

Over 3000 participants from 34 countries took part in the iGEM 2012 competition, representing 190 teams, competing to create the best new synthetic micro-organisms, usually by changing their DNA patterns in order for these organisms to acquire new biological functions.

Among all the teams in competition this year, three French teams « Paris Bettencourt », « Evry » and « Lyon INSA » took part in the World Championship Jamboree which took place in Boston. These teams received a financial support from the Office of Science and Technology of the Embassy of France in the United States of America, through the « LIFE SCIENCES : inventing – creating – having fun » grant. Team « Paris Bettencourt » ended the competition as Second Runner Up, thanks to its biosynthetic organism « bWARE containment module », created to substantially reduce the risk of Horizontal Gene Trasfer (HGT) between GMOs (Genetically Modified Organisms), GEOs (Genetically Engineered Organisms) and natural organisms. 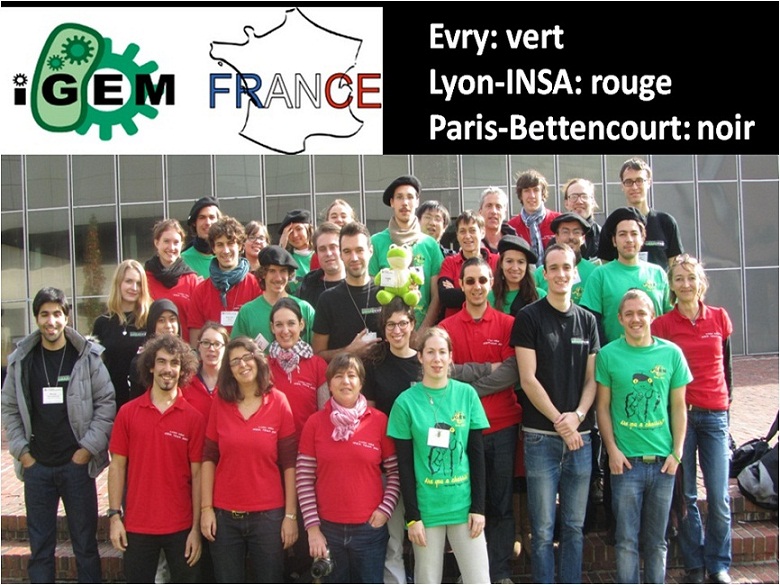 The three French teams sponsored by the Office for Science and Technology of the Embassy of France in the United States, which took part in the final leg of the 2012 iGEM competition in Boston in November 2012. Teams Evry in green, Lyon-INSA in red and Paris-Bettencourt in black.

The grant “LIFE SCIENCES: inventing – creating – having fun” was set up by the Office for Science and Technology in 2012. The Embassy of France in the United States of America offers a financial support (from 1000 to 3000 euros) to French teams in order for them to participate in competitions and scientific games organized in the USA, in the field of Life Sciences. With this grant, the OS&T wishes to encourage the mobility of French students and researchers to the USA, initiate collaborative projects between French scientists and American ones, and ensure the promotion of scientific research projects to the general public.

For more information on iGEM :

For more information on the iGEM 2012 teams :

For more information on the OS&T’s “LIFE SCIENCES : inventing – creating – having fun” grant :

Check the Consulate General of France in Los Angeles’ website

Email Aurelie Perthuison, Deputy Attaché for Science and Technology
Please note that information about the 2013 Life Sciences grant will not be made available before March 2013.