First edition of the Ciné-Sciences in Los Angeles

The Office for Science and Technology of the Consulate General of France in Los Angeles and the Théâtre Raymond Kabbaz , French International School of Los Angeles, organized, on Wednesday November 28th 2012, the first Ciné-Sciences event in Los Angeles. Members of the French Californian community, and francophone and Francophile Americans, gathered to discuss fundamental research on stem cells. 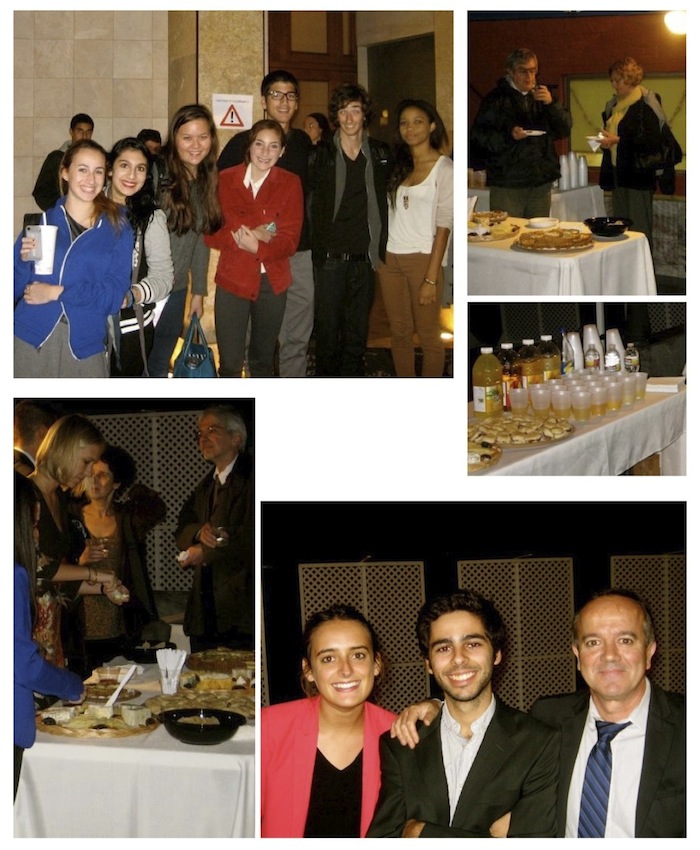 The documentary film screened during this Ciné-Sciences, “Nicole Le Douarin, a researcher who knows how to search” (“Nicole Le Douarin, une chercheuse sachant chercher”), looks back at the career of this great researcher, who dedicated her life to fundamental research on the embryology of vertebrate animals, such as the chicken, the mouse and man. Her leading work in developmental biology have allowed others, like Professor Bruno Péault, who did his PhD thesis with Professor Le Douarin, to carry on making significant discoveries.

After the end of the film, Dr Agenès and Prof. Péault presented stem cells and the current research projects being done on these cells to the members of the public. These presentations helped clarify a few mysteries for an audience eager to learn more about stem cells, their functioning and their potential. Hence, there are various types of stem cells, which have different capabilities – some can regenerate a full organism (i.e. embryonic stem cells), while others can only regenerate one cellular type (eg. skin cells).

The evening ended with a QnA session which gave the opportunity to the public, very interested in this research theme, to ask the researchers how they study stem cells (eg. how and where they obtain them from), and to explain what the medicine of tomorrow will be like and the ethical implications of such research work. An important question was raised on the reasons why we, as humans, age although we possess viable stem cells throughout our lives, and that regardless of our age. The three researchers answered each question thoroughly and clearly, explaining what they hope to accomplish with their research work, and what still needs to be discovered and uncovered about stem cells. 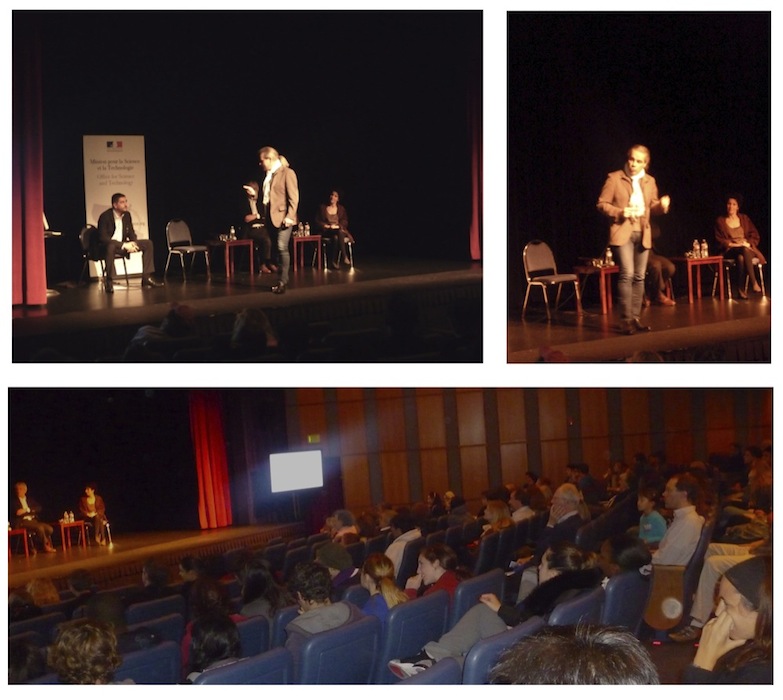 Presentations by professors Péault, Lugassy and Barnhill on stem cells and the current research projects being done in this field. The first Ciné-Sciences event ended with a QnA session, during which audience members were able to ask their questions to the researchers. (© Noëmie Le Roux / Consulate General of France in Los Angeles)

Professor Péault, who works specifically on mesenchymal stem cells (originating from connective tissues in skeletal muscles) aims to one day develop a new cellular therapy for cardiac muscle regeneration. Claire Lugassy and Raymond Barnhill are working on melanoma and the diffusion mechanisms of cancerous metastases. The existence of cancerous stem cells represents a promising field of study, these cells being likely to cause cancers and offering a potential target for future therapies. All of these projects have crucial impacts on our societies and fundamental research, and represent, before all, a true collegial effort bringing together many researchers from across the world.

This Ciné-Sciences event started with a cocktail buffet offered by the Office for Science and Technology. More than a hundred people took part in the first edition of Ciné-Sciences, which was a real success.

For more information on Nicole Le Douarin, Claire Lugassy, Raymond Barnhill and Bruno Péault, as well as on their research work, please click on the following links: