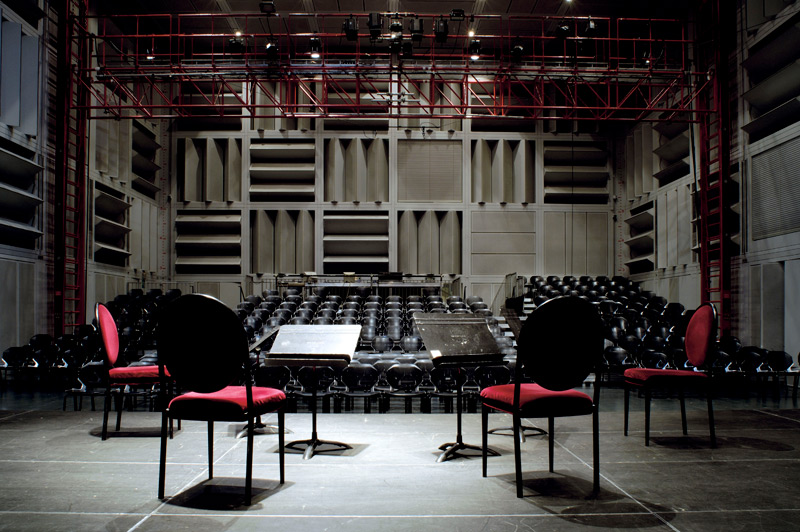 The world of high-fidelity sound is a good example of the creativity and technological success of French businesses. Research and development work is driving impressive advances, benefiting both professionals and the general public.

Hi-fi is a sector in which products made in France are proving particularly attractive. “Manufacturers are still reaping the benefits of France’s image as a country of culture, luxury and the art of living,” according to Dominique Mafran, a consultant for a flagship magazine and founder of the firm Madotec which, amongst other things, is working on a unique project to develop a granite speaker: the so-called “blue speaker”. Nonetheless, he sounds a note of caution: “The European market is not performing particularly well and nor is the American one, although it seems to be recovering to some extent. Because the economic crisis is mainly affecting the middle classes and the less affluent, sales are concentrated on products selling for under €1,000 and those at the very top end of the market.”

France is very well placed amongst the world’s leading producers of hi-fi equipment and is playing its part with specific products that combine cutting-edge technology with meticulous, original design. French manufacturers export most of their production to Asia and Russia. The company Jadis, for example, markets an original piece of equipment with “old-style” electronic tubes, and takes remarkable care over its aesthetic aspects: the brass and stainless-steel cases are particularly popular. Young firm Devialet, on the other hand, has successfully developed a hybrid “all-in-one” digital/analogue amplifier that offers every functionality a music lover could wish for. Five hundred products at €12,000 apiece were sold in the first year and the firm’s management has just raised €15 million to develop a version aimed at the general public. Other examples include Cabasse, which markets speakers that produce the same sound whether you are in front of them or behind; Trinnov, which has developed a calibration system for speakers, using a computer keyboard to make adjustments according to the acoustics of the room; and Elipson, which is still making the spherical speakers it has been producing since it was founded in the 1950s.

Alongside the passing fashion for a return to vinyl, the trend towards “fully digital” continues, with devices that offer enhanced connectivity to take account of the switch to electronic media. Products of this kind are the main focus of manufacturers’ development efforts. “We are seeing electronic processing of digital signals from the source right through to the speakers. This means that it’s possible to get rid of the conversion stages and a significant proportion of the cables in a traditional system with several devices (CD player, converter, pre-amplifier and amplifier), which makes the sound reproduction process considerably simpler, keeps prices down and improves sound quality,” explains Dominique Mafran.

The French Institute for Acoustic/Musical Research and Coordination (IRCAM) works on the spatial dimensions of sound: controlling sound content and arranging and distributing sound within a space in order to meet specific requirements, in venues ranging from concert halls and opera houses and at conferences, theatres, cinemas and in telecommunications. “It’s about supporting the shift to 3D in the cinema and on television by recreating 3D sound,” explains Olivier Warusfel, manager of acoustic research. “We recreate sound that is independent of the space around it by using systems based on very dense networks of loudspeakers, such as Wave Field Synthesis (WSF) or Ambisonics.”

Researchers at IRCAM are also studying the binaural approach (for listening using personal headphones, which is becoming increasingly frequent), based on measuring and using the acoustic footprint of the head and auricles. “Because, like their fingerprints, everyone’s acoustic signature is different, the solution is to produce a personalised decoder,” explains Olivier Warusfel. “The system also needs to be able to compensate for head movements and make it seem as though sounds are coming from the outside, like real sounds that exist in their own right, rather than giving the impression that they are just in our heads.”

The aim of the BiLi project, which is intended to provide a framework for the sector of listening through personal headphones in France, is also developing 3D sound immersion with a view to large-scale commercial exploitation. This ambitious project, driven by France Télévisions, in partnership with numerous public- and private-sector stakeholders in the acoustics sector, should lead to a massive deployment of sound immersion technology in all equipment that uses headphones. 3D audio technologies and more specifically, 3D binaural listening are undoubtedly paving the way to a promising industrial future.