Following the announcement released in January 2013 by the French Consulate in Los Angeles, the Office for Science and Technology has awarded multiple “LIFE SCIENCES: inventing – creating – having fun” scholarships to teams of young researchers so they can participate in international scientific competitions such as iGEM, Google Science Fair, World Cell Race, XPrize, NanoArt SEM Imagery Contest, and BioGENEius Challenge Award.

The “LIFE SCIENCES: inventing – creating – having fun” scholarships have been distributed by the Office for Science and Technology since 2012 to support French researchers who wish to participate in American competitions in the field of life sciences. The invitation to apply for the grants was posted at the beginning of the year, and the scholarships were awarded in the month of May.

In 2012, thanks to the LIFE SCIENCES grant, three French teams made it to the iGEM finals (read article).

This year, the four distinguished teams are: 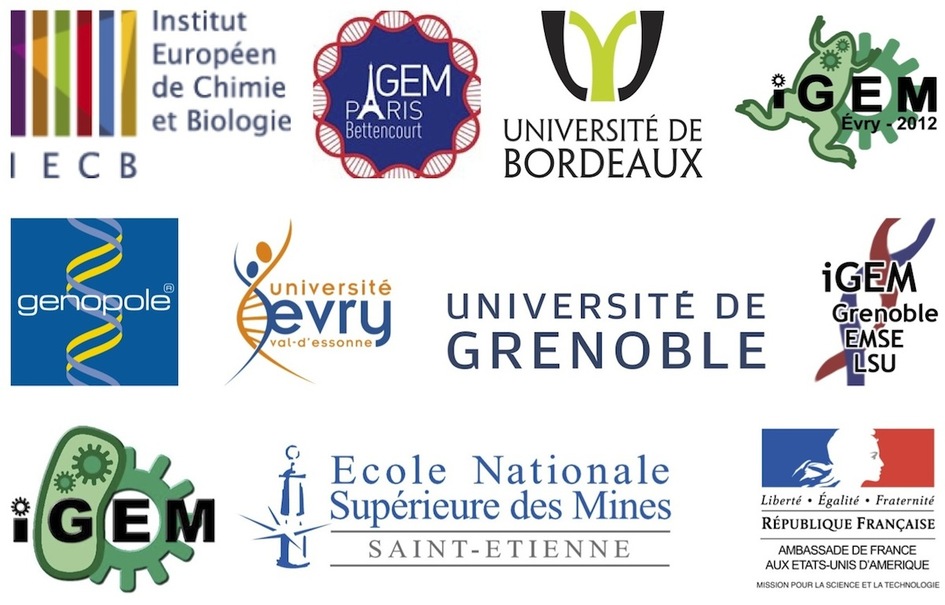 These four teams will participate in the 2013 iGEM contest. iGEM is an international student Synthetic Biology competition organized by the prestigious MIT in Boston. This competition brings together more than 160 teams each year, each of which is challenged to assign novel functions to a microorganism. The teams have 6 months to create their project, and combine research and engineering techniques in order to respond to the challenges of tomorrow.

The researchers are currently in the preparation phase and are deciding on their choice of microorganism and its new functions, the methods needed to create it and its potential applications. The laboratory work will start this summer, before the regional semi-finals, which will be held in October 2013, notably in Lyon in France.

The Office for Science and Technology wishes good luck to the four distinguished teams in this international scientific adventure.

Call for projects “LIFE SCIENCES : inventing – creating – having fun“ 2013. The next call for projects will start in January 2014, and will be promoted on the official websites of the Office for Science and Technology (Embassy of France in the USA) and the Consulate General of France in Los Angeles.