Presentation of the Palmes Académiques to Professor Ares Rosakis

Mr Axel Cruau, Consul general of France in Los Angeles, bestowed Professor Ares Rosakis with the Palmes Académiques on Thursday September 12th, 2013. The award ceremony was held at the prestigious California Institute of Technology where Professor Rosakis has led key research work since 1982.

The event was attended by notable guests, including Caltech’s acting president, Professor Edward Stopler, and Director of the Jet Propulsion Laboratory, Charles Elachi.

The Palmes Académiques (Order of Academic Palms) is a medal, instituted at the start of the 19th Century, for key French and international figures who have played a crucial role in the fields of academia, culture and education. Professor Ares Rosakis was awarded the prestigious rank of Commandeur in the Ordre des Palmes Académiques because of his tremendous role in fostering strong scientific collaborations between the United States and France.

As stated by Mr Cruau during his speech, Professor Ares Rosakis is a distinguished scholar in the fields of mechanics, aerospace and materials. Professor Rosakis presides over the Engineering and Applied Science division, the largest of the six academic divisions at Caltech with more than a third of the Institute’s faculty and forty percent of the entire student and postdoctoral fellow population. 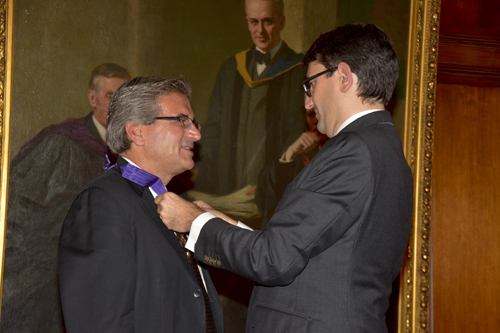 Throughout his career, Mr Rosakis has fostered strong connections with France. He initiated and built a strong relationship between Caltech and Polytechnique in France. This cooperation led to the signature, in March 2013, of a new agreement for a Master’s Educational Exchange Program between these two leading institutions, internationally renowned for the quality of their teaching and research projects.

This agreement is now opening the way for the creation of a new laboratory between CNES/Polytechnique and JPL/Caltech, that would once again reinforce and facilitate the exchanges between France and the United States, by capitalizing on the results of common research and development. 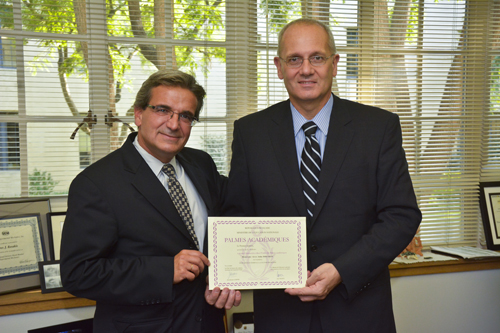 Speech delivered by the Consul General of France in Los Angeles: