Home > News > My French Film Festival.com from January 17 until February 17

My French Film Festival.com from January 17 until February 17

MyFrenchFilmFestival - the first online French film fest in the world - will be back up and running in 2014 from January 17 until February 17. This is after last year’s success, with 750,000 films viewed in 189 countries and 25% growth in paid VOD.

The upcoming fourth edition will include a wealth of new films with new languages available, new partner platforms, screenings, and exclusive VOD options. For a whole month, cinema lovers from the world over will be able to access online 10 feature films and 10 short films in 13 languages. This shortlist of first and second feature films released in France during the year is an opportunity for new directors to raise their profile internationally and also highlights the diversity of young French producers.

The festival will be available both on myFrenchFilmFestival.com and on 20 partner platforms, including iTunes in 80 countries.

Shortlisted films will be screened in more than 1,000 venues around the world thanks to our partner SpectiCast and its network.

The films will also be put forward to 400 airlines through our partner Skeye and made available aboard flights.

Films will be available for free on MyFrenchFilmFestival.com and on partner platforms in Latin America, China, Poland, Russia and Turkey.

The Umbrellas of Cherbourg (restored version) will be available for free viewing in the whole world TBC on January 17, the first day of the festival.

4 prizes will be awarded at the end of the festival:

The International Press Prize, with a jury of 11 foreign journalists.

The Public Prize, as per online votes by all viewers.

All premiered films will be available onboard Airfrance flights for a period of 6 months.

MyFrenchFilmFestival is an initiative led by UniFrance films, the entity responsible for promoting French cinema abroad, and placed under the patronage of the Ministry of Culture, with the support of the CNC, Ministry of Foreign Affairs, Institut français, SACD, Téléfilm Canada and Wallonie Bruxelles Images.

In a Rush, by Louis Do de Lencquesaing

Maddened by his Absence, by Sandrine Bonnaire

The Virgins, the Copts and Me, by Namir Abdel Messeeh

The July 14 girl, by Antonin Peretjako

The Day of the Crows, by Jean-Christophe Dessaint

Welcome to Argentina, by Edouard Deluc

Just Before Losing Everything, by Xavier Legrand

The Lobster’s Cry, by Nicolas Guiot

The Runaway, by Jean-Bernard Marlin

The Lizards, by Vincent Mariette

Kiki of Montparnasse, by Amélie Harrault

In Seventh Heaven, by Guillaume Foirest

The First Step, by Jonathan Comnène

III – OUT OF COMPETITION

The Umbrellas of Cherbourg, by Jacques Demy

Before my Heart Falls, by Sébastien Rose

The out of competition festival will feature two films from Quebec (one feature and one short film), in partnership with Téléfilm Canada. Amongst competing films are two French-Belgian coproductions - Mobile Home and The Lobster’s Cry - done in partnership with Wallonie Bruxelles Images. 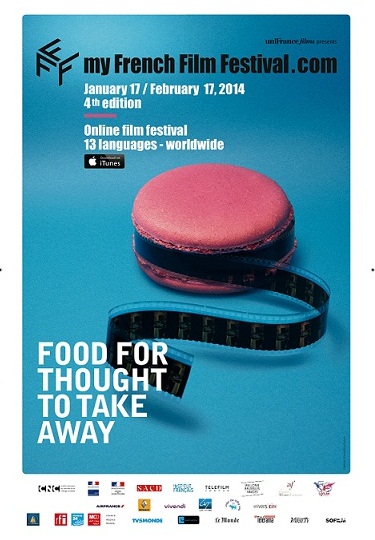