685: the number of new foreign investment projects France attracted in 2013, enabling 30,000 jobs to be created or maintained

In 2013, foreign investment continued creating jobs, with a greater contribution to employment than in 2012. France attracted 685 new projects, and these investment decisions created or maintained 29,631 jobs, compared to 25,908 in 2012.

In a context of economic stagnation in Europe, these results confirm France’s investment attractiveness. 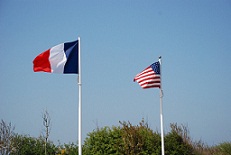 The proportion of projects initiated by the emerging countries continues to grow (now 11% of the total), with 44 countries investing in France compared to 39 in 2012. China still ranks as France’s eighth largest foreign investor worldwide, with 33 projects, behind Japan’s 35. 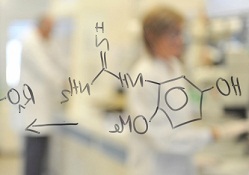 The number of foreign R&D (Research and Development), design and engineering investment projects, which has risen sharply, has never been greater: 77 investment decisions, compared to 58 in 2012. R&D (51 projects) is up 13%, with the main investors coming from the United States, Germany and Japan, which are behind 30%, 13% and 9% of foreign investment respectively. Moreover, since 2011 the digital sector, a lever for innovation in every sector, has remained the leading sector for foreign investment in France.

A mechanism encouraging R&D and foreign investment: the R&D tax credit The R&D tax credit is a tax reduction calculated on the basis of companies’ R&D expenditure. It is deductible from the income tax or corporation tax owed by companies in the year when the expenditure has been carried out. This tax assistance is aimed at supporting and encouraging companies’ R&D efforts, whatever their sector, size or structure. It enables us to:

act as a lever for innovation

spur companies to recruit staff with scientific training and experience.

• an increase in the number of investments in industrial activities

The number of investments in production activities is picking up again, with 209 decisions in 2013, compared to 194 in 2012. These projects account for 11,829 jobs – i.e. 40% of all new or safeguarded jobs. Germany is the leading investor in this field, with 41 related projects – i.e. 20% of the investments in the activities concerned.

• the attractiveness of France as a country explains these results

The diversity of the French regions is still a powerful factor in the attractiveness of France as a location. The investment decisions taken in 2013 will generate employment in virtually every French region. Moreover, 13 of them have been chosen by foreign investors for new investments in the field of R&D.

“I am happy to say that, in 2013, France attained a record number of foreign investment decisions in R&D, design and engineering activities – a rise of 32% compared to 2012. This excellent result confirms the quality of the French ecosystem in the field of innovation, and it is thanks to our creative talent and to powerful government policy, both very much appreciated by foreign investors,” emphasizes Serge Boscher, Managing Director of the Invest in France Agency.