Marion Cotillard was last night, February 2nd 2015, at the Aero Theatre in Santa Monica for a double feature of the Dardenne Brothers’ TWO DAYS, ONE NIGHT, for which she recently received a Best Actress Academy Awards nomination, and Jacques Audiard’s 2012 moving love story RUST AND BONE. 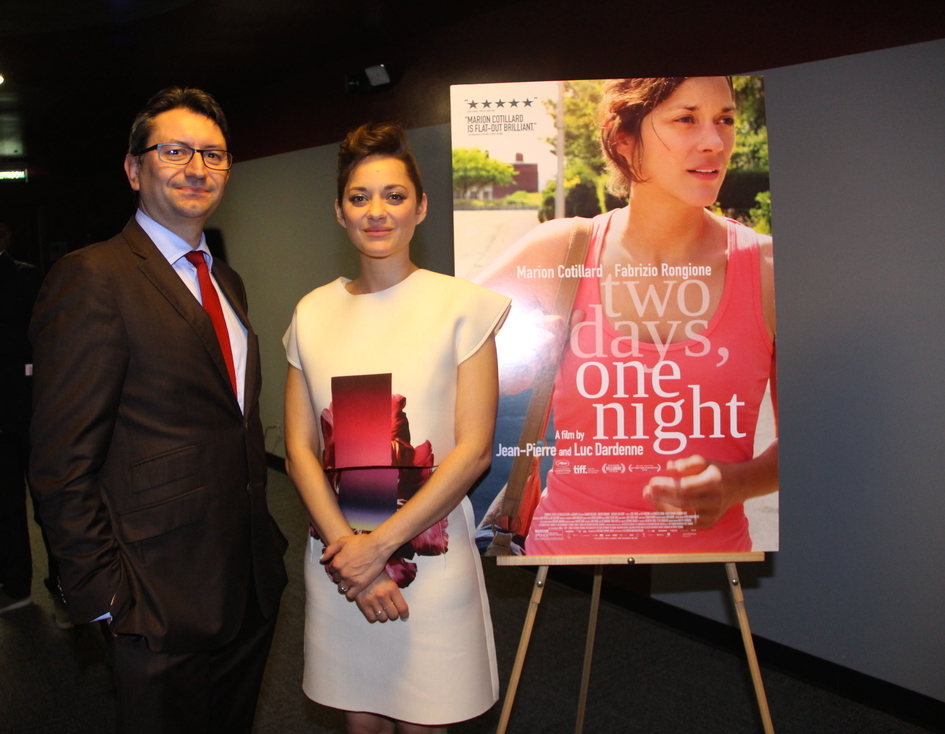 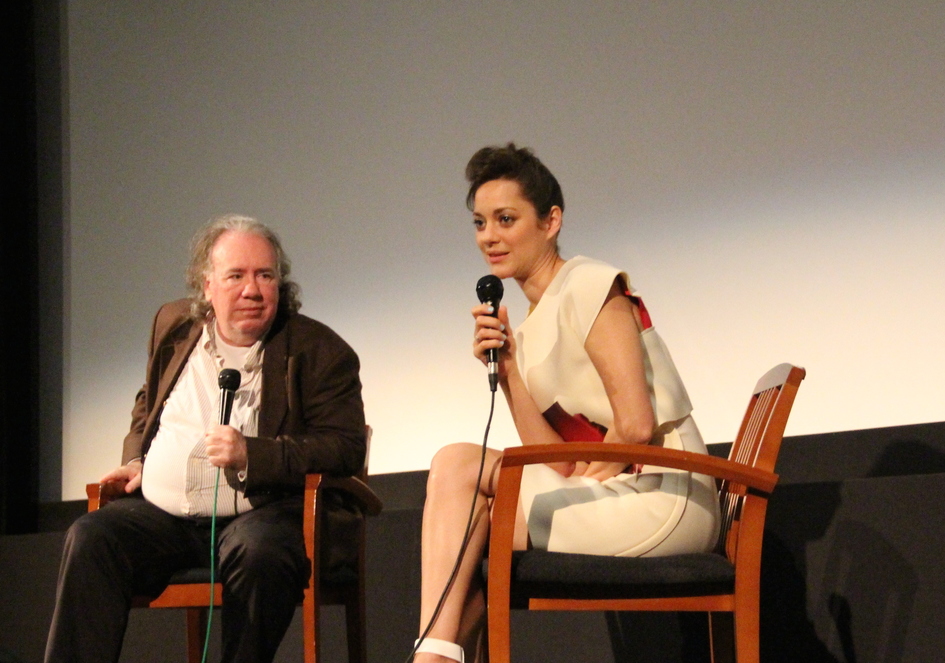 Discussion in between the two screenings

The actress received standing ovations before and after the live Q&A. Congratulations for her beautiful and moving performances and best of luck to her for the Oscars 2015.

"Following a hospital stay, Sandra (a profoundly moving Marion Cotillard) is told she has lost her factory job - and that the only way she can get it back is to persuade her co-workers to give up their annual bonuses. Over the course of a weekend, Sandra confronts each of them individually to win their support before time runs out. “Rich in the Dardennes’ favored themes of work, family and the value of money, and infused with the suspense of a ticking-clock thriller … the Dardennes once again find a richness of human experience that dwarfs most movies made on an epic canvas.” -
Scott Foundas, Variety. In French with English subtitles."

"Single father and would-be kickboxer Ali (Matthias Schoenaerts) is working as a nightclub bouncer when he meets Stephanie (Marion Cotillard), who works at a marine park training killer whales. When Stephanie’s legs are amputated after an accident, she draws closer to Ali, but the young man’s wandering eye and financial straits threaten to keep these soulmates apart. Cotillard’s bravura performance has earned awards from the Hollywood and Telluride Film Festivals as well as SAG and Golden Globe nominations. “A passionate and moving love story which surges out of the screen like a flood tide” –
Peter Bradshaw, The Guardian. In French with English subtitles."[American Cinematheque]