9 DAYS OF PREMIERES IN HOLLYWOOD 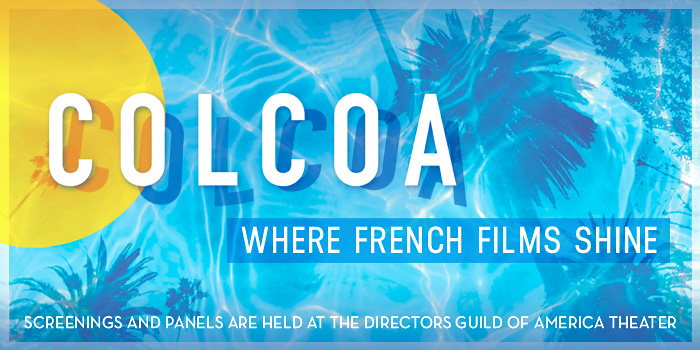 The 19th COLCOA FRENCH FILM FESTIVAL will run April 20-28 at the Directors Guild of America in Los Angeles.

The largest French film festival in the world will introduce a new competition dedicated to films and series produced for television. 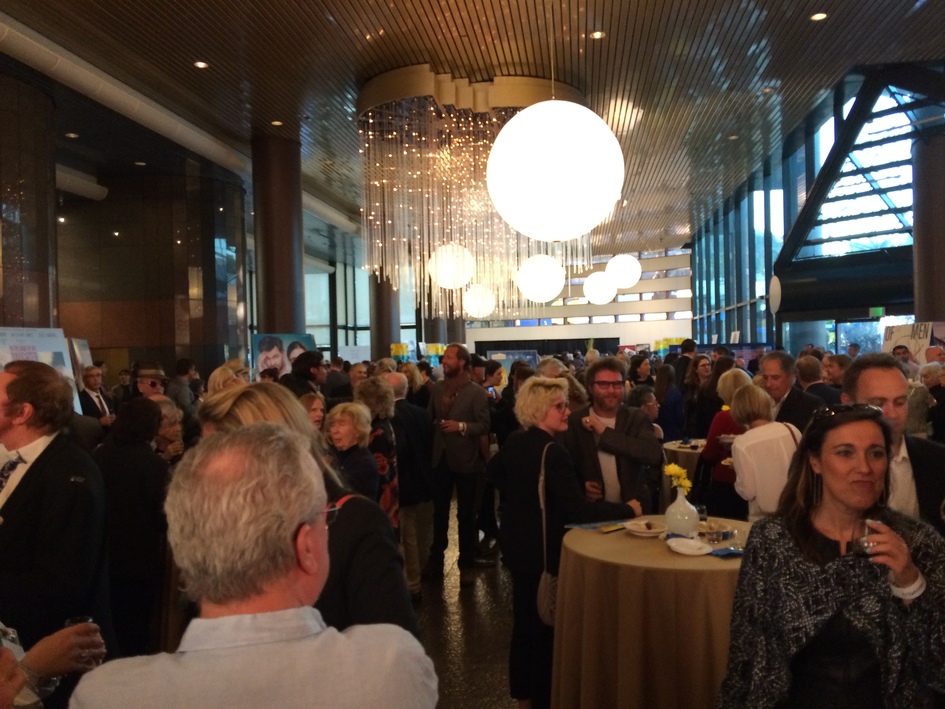 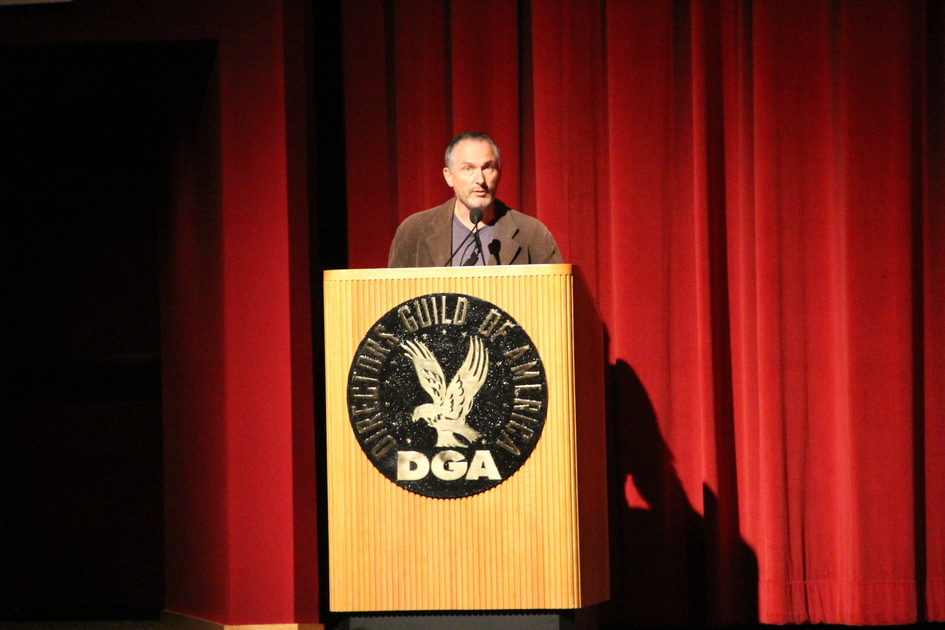 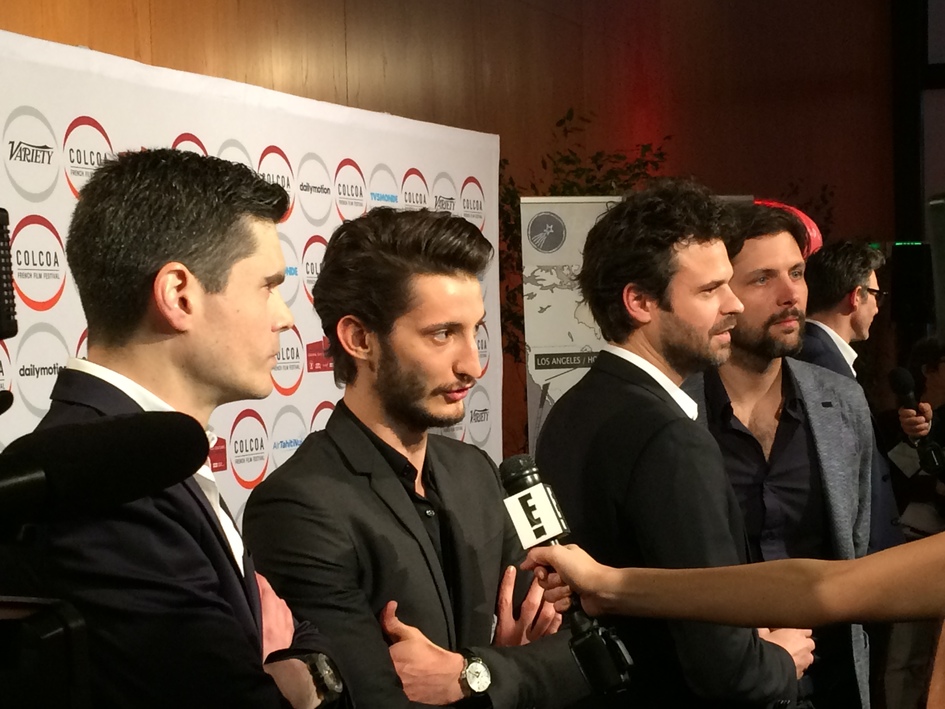 Mr. Charles Rivkin, United States Ambassador in Paris from 2009 to 2013 and current Assitant Secretary of State for Economic and Business Affairs to President Obama, was awarded the prize of the French language and culture by the Alliance Française of Los Angeles. 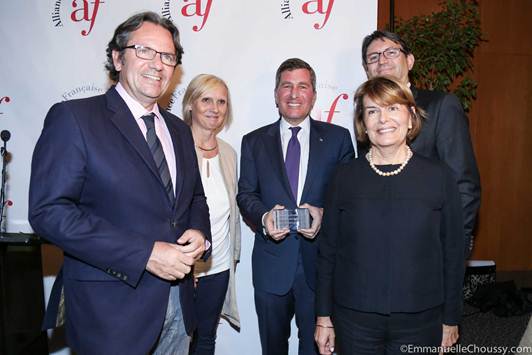 Reception at the Residence of France with COLCOA delegation 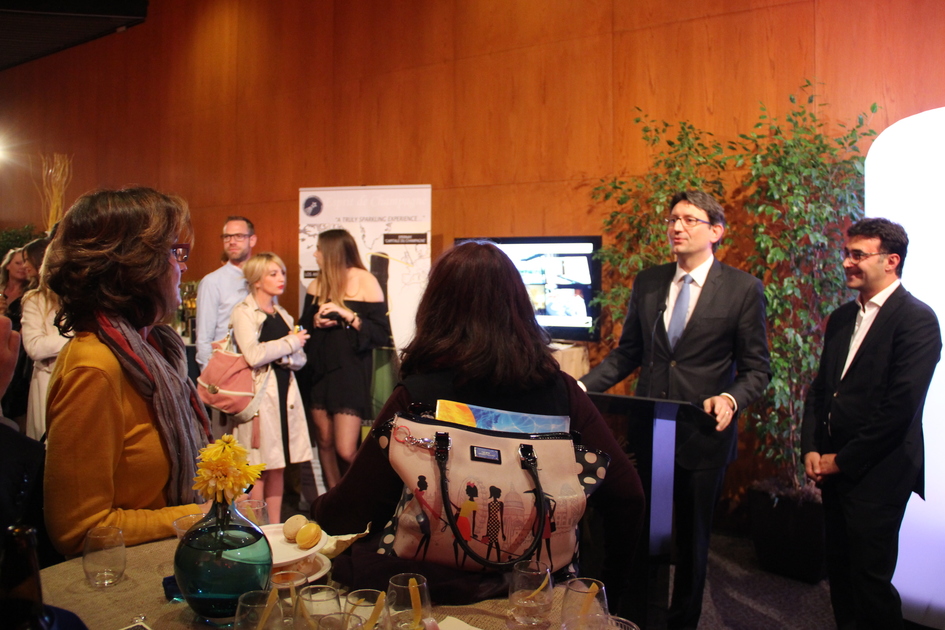 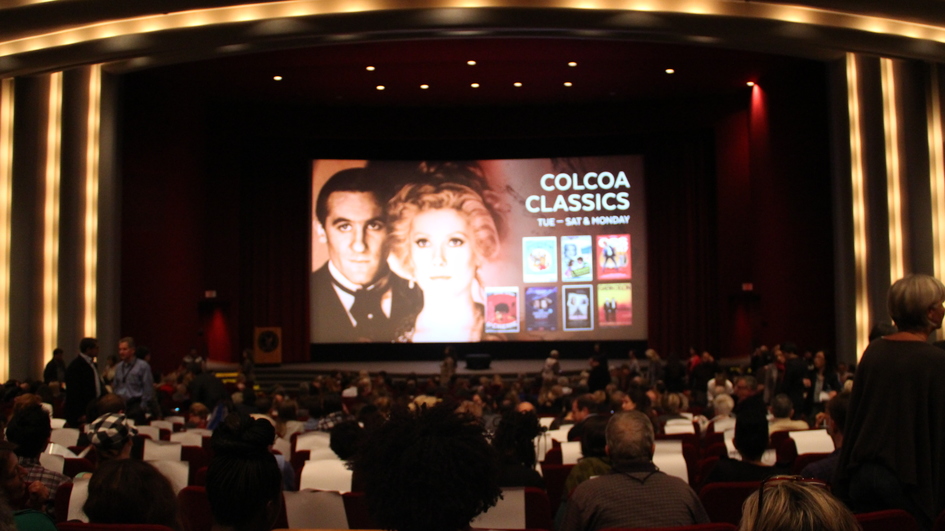 I am so happy, and bit moved, to be with you for the 19th edition of COLCOA French film festival, a celebration of French movies and art in Los Angeles.

For 19 years, COLCOA has been a living tribute to the vitality and diversity of French movies, a vitality we saw once again at the Academy awards this year, with Alexandre Desplat, with Timbuktu by Abderrahmane Sissako or with the young French American director, Damien Chazelle.

Over the years it has established itself as the most important premiere overseas French film festival and it has introduced many French artists to Los Angeles.

It is not only an extraordinary festival to enjoy French movies, but also to meet and to know more about productions in France, about the industry as well as the art.

To all producers, studio executives, or anyone with a project in France present here tonight, I have only one message: do not hesitate any longer and come and shoot in France, come and produce in France!

The dollar has almost never been stronger against the euro, and the French government has decided to increase the rate of the tax Rebate for international productions from 20% to 30%, which is one of the most competitive rates in Europe.

Well, we have not totally succeeded in making Parisian taxis always polite and garcons de café always friendly, but we are making France more and more attractive for movie productions. So try us!

For 19 years, COLCOA has not only been a tribute, it has been a pioneer, not going where the easy path would lead, but going where there was little or no path. And leaving a trail there.

This year again, it will be the case, as for the first time, COLCOA will be showcasing French Television.

Indeed, French television drama is showing a new vitality and a new creativity. French series are experiencing a resurgence in the quality of writing, production and actors performance, choice of bold subjects, and an overall new sense of sophistication on all levels.

As you know, the consulate, and especially our audiovisual attaché, Adrien Sarre, has been actively bringing French TV to American audiences, and fostering opportunities for creative and business exchanges through the 2 editions of Direct to Series After the success of those two first editions, last year and the year before, we hope our partners will join us in organizing the 3rd edition this year.

So we are especially happy that COLCOA will be screening terrific new television programs like Templeton, Ponzi’s Scheme, and Spiral.

This 19th edition is also a bit emotional for me, as it will my last, or at least my last for the foreseeable future.

As some of you already know, I am leaving Los Angeles this summer for Shanghai.

It will be a new exciting adventure but I will be sad to leave Los Angeles. Sad to leave such a vibrant city and sad to leave friends. And I would not like to depart without doing something special for COLCOA.

As next year COLCOA will reach 20, which will be a landmark, not only for COLCOA, but for the whole French community in Southern California and beyond, I propose that the consulate pays homage to COLCOA by organizing a Month of France in Los Angeles in April 2016 around COLCOA.

With the support of partners such as the French American chamber of commerce in Los Angeles and all those who will be willing to join this adventure, it will be a month of French films, music, business events, cooking, wine… a month of which COLCOA will be the centerpiece.

After those three years with you, I am more than convinced that there are great things that the French can achieve in the United States when they decide to work together, when the team France is united.

It is especially true when it comes to cinema and television, a field in which we would achieve so much more for the benefit of all, but it is true in every field.

So, that is why I would like to thank you once more, cher François, cher Jean-Noël, all our American friends from the DGA, the MPA, the WGA, all those who make COLCOA possible year after year: the Franco-American cultural fund and all its members, the French ministry of foreign affairs, ARP (l’association des auteurs réalisateurs producteurs), the CNC (Centre national du cinéma et de l’image animée), and all the sponsors.

You all show this team spirit, this commitment to a beautiful French-American collective adventure and for this not only do I thank you but I think you deserve a round of applause.

And now it is my honor to introduce the Oscar-winning director of such films as Ray, An Officer and a Gentleman, or White Nights, former DGA President and Franco-American Cultural Fund Board member Taylor Hackford./.