From July 25 to August 2, Los Angeles has welcomed more than 7,000 athletes from 177 countries who came to participate to the Special Olympics World Games. This was the largest sporting event organized in California since the 1984 Olympics Games.

During the week, the Consul General of France in Los Angeles, Mr. Christophe LEMOINE, has been invited to meet the French soccer team during their game against Greece on July 29 2015. 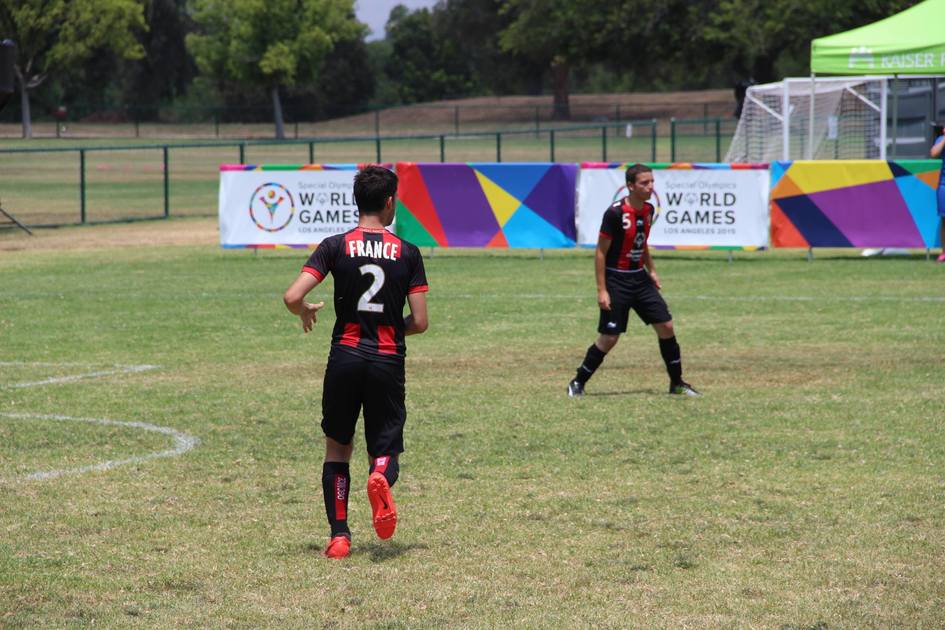 There, Mr. LEMOINE paid tribute to the success of these young athletes full of dignity and perseverance who kept surpassing themselves.

The players then offered the official tray and shirt of team France to the Consul general, who was very thankful and touched by this gesture. 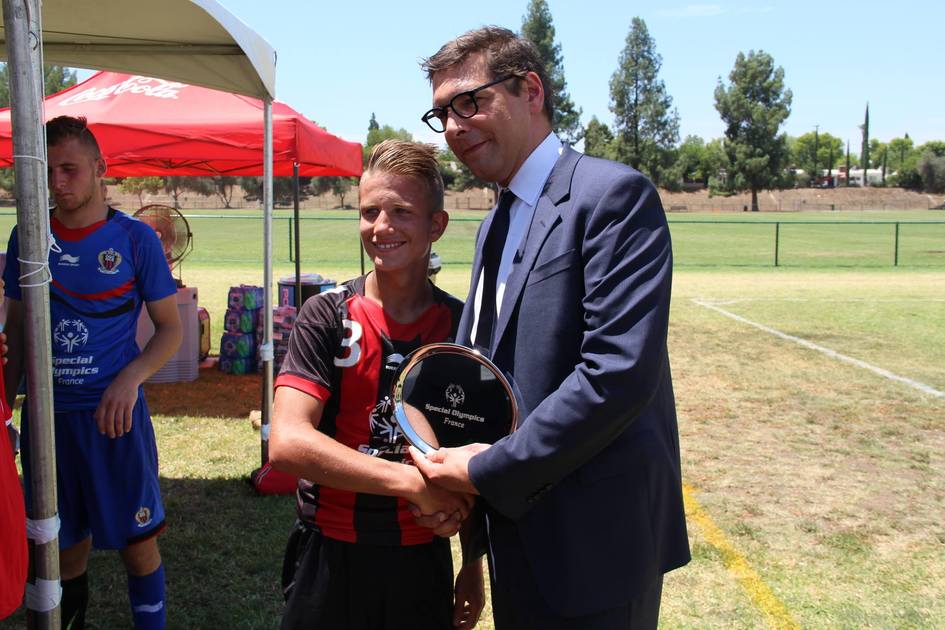 They all ended up taking pictures as souvenirs of this moving moment.

Congratulations to all the athletes, their coaches and the staff who did a wonderful job during those two weeks in Los Angeles. We are all very proud of your accomplishment. 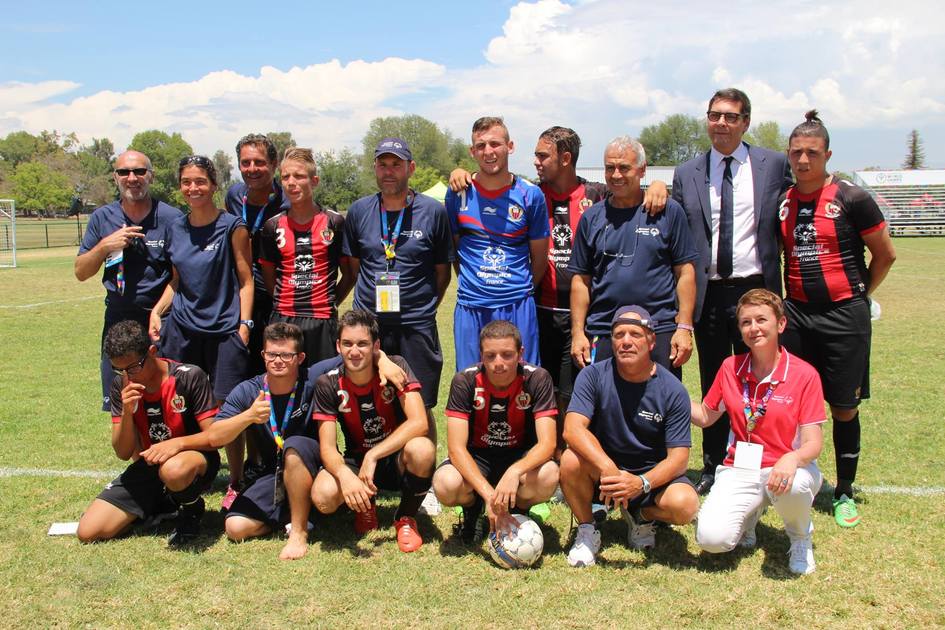