"Woven Gold: Tapestries of Louis XIV" at the Getty

On December 13 2015, the Consul General of France Christophe Lemoine attended the curatorial preview of "Woven Gold: Tapestries of Louis XIV" at the Getty Museum for friends of the exhibition.

Timothy Potts, Director of the J Paul Getty Museum and Charissa Bremer-David, Curator presented the exhibition to the guests.

The private viewing was followed by a reception at the Residence of France. 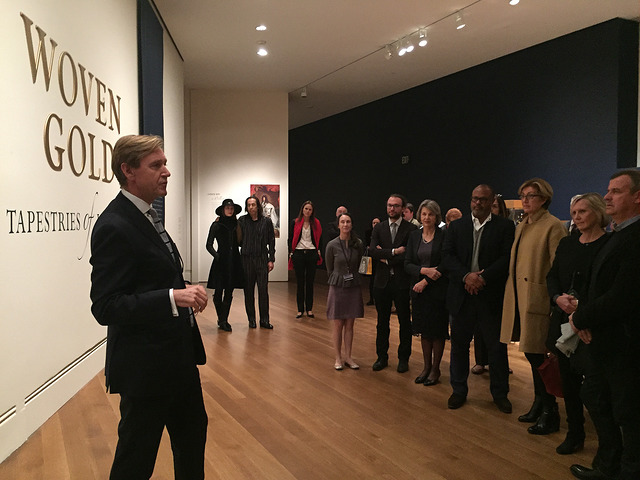 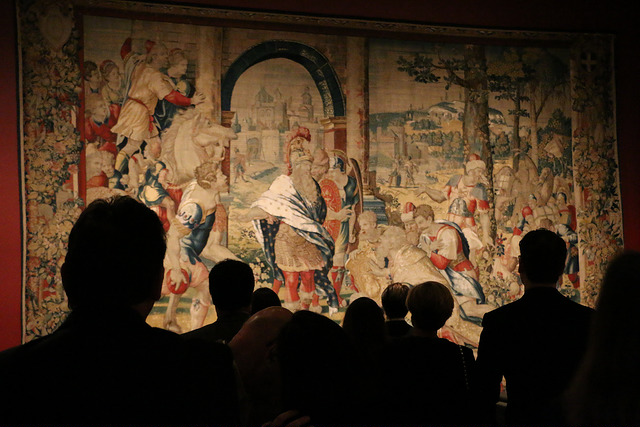 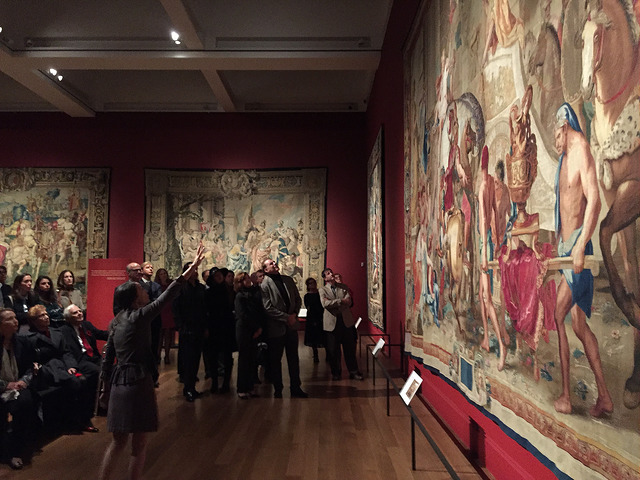 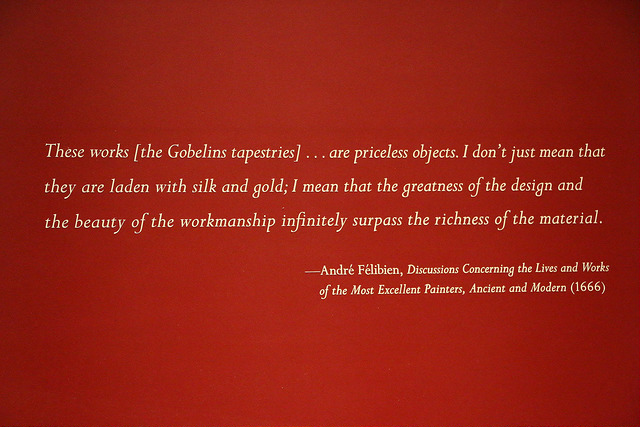 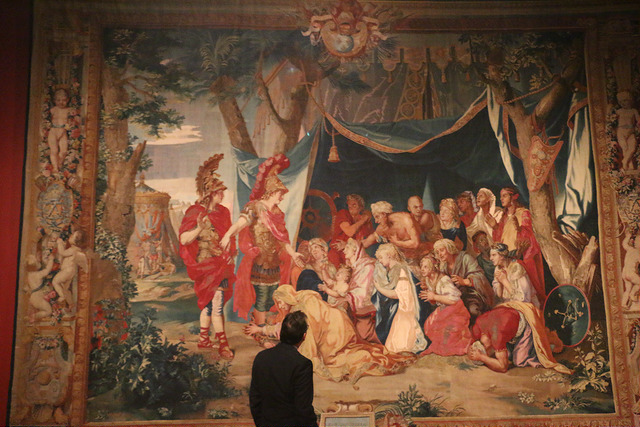 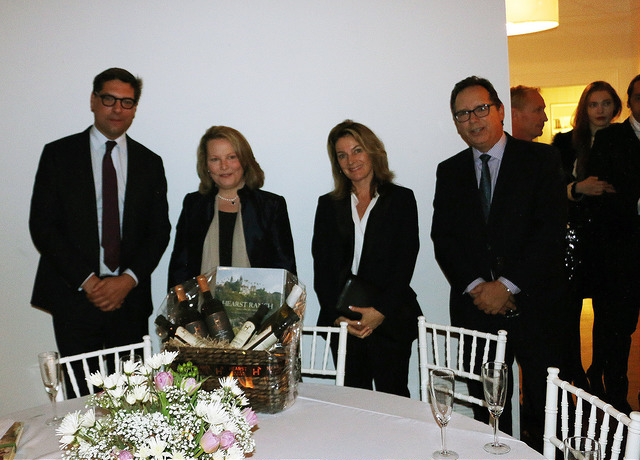 It was during the reign of the Sun King, Louis XIV (r. 1643-1715), that the art of tapestry weaving in France blossomed. Three hundred years after his death, the Getty Museum will showcase 15 monumental tapestries—from the French royal collection during the reign of Louis XIV.

Woven Gold: Tapestries of Louis XIV, exclusively on view at the J. Paul Getty Museum December 15, 2015 through May 1, 2016, will be the first major museum exhibition of tapestries in the Western United States in four decades.

During Louis XIV’s time, colorful and glittering tapestries, handwoven after designs by the most renowned artists, were the ultimate expression of status, power, taste, and wealth. The exhibition will feature 15 larger-than-life tapestries ranging in date from about 1540 to 1715 and created in weaving workshops across northern Europe. In an exclusive loan from the French nation, most of the tapestries are from the collection of the Mobilier National, which preserves the former royal collection. Eleven have never before been exhibited in the Unites States. The Getty Museum is supporting the conservation of two of the tapestries.

At the Getty, preparatory drawings, related prints and a life-sized cartoon (oil) will accompany the immense hangings. The tapestries in the exhibition are after works of art by Raphael (Raffaello Sanzio, Italian, 1483 - 1520), Peter Paul Rubens (Flemish, 1577 - 1640), Charles Le Brun (French, 1619-1690) and others. They come from the most notable workshops in Europe, including the Gobelins, which rose to preeminence under Louis XIV’s patronage. Several of the best-preserved and most famous examples of Gobelins weaving will be on view in the exhibition.

Also on view at the Getty

As 2015 is the tercentenary of the death of Louis XIV, several exhibitions at the Getty Center will explore the Sun King’s tremendous influence on Western Art and his distinctive role as collector, heir, and patron of the art of tapestry and other arts.

Drawing on the Museum’s large collection of French frames, Louis Style presents a survey of the exquisite carved and gilded frames produced during the reigns of four French kings. Framed paintings and frames will represent five stylistic periods (Louis XIII, Louis XIV, Régence, Louis XV, and Louis XVI) with both mainstream and extraordinary examples. Showing the development of wall furniture from restrained, to elaborate and dynamic, to a more reserved and linear style, the array presents a magnificent compendium of French design and craftsmanship, and explores the vocabulary of ornament, and construction and gilding techniques specific to frames made in France. Addressing the important relationship between a painting and its frame (which sometimes date from different periods and regions), the exhibition also considers the significance and use of antique frames in museums. Louis Style is organized by Davide Gasparotto, senior curator of paintings, Gene Karraker, frame conservator, and Anne Woollett, curator of paintings at the Getty Museum. 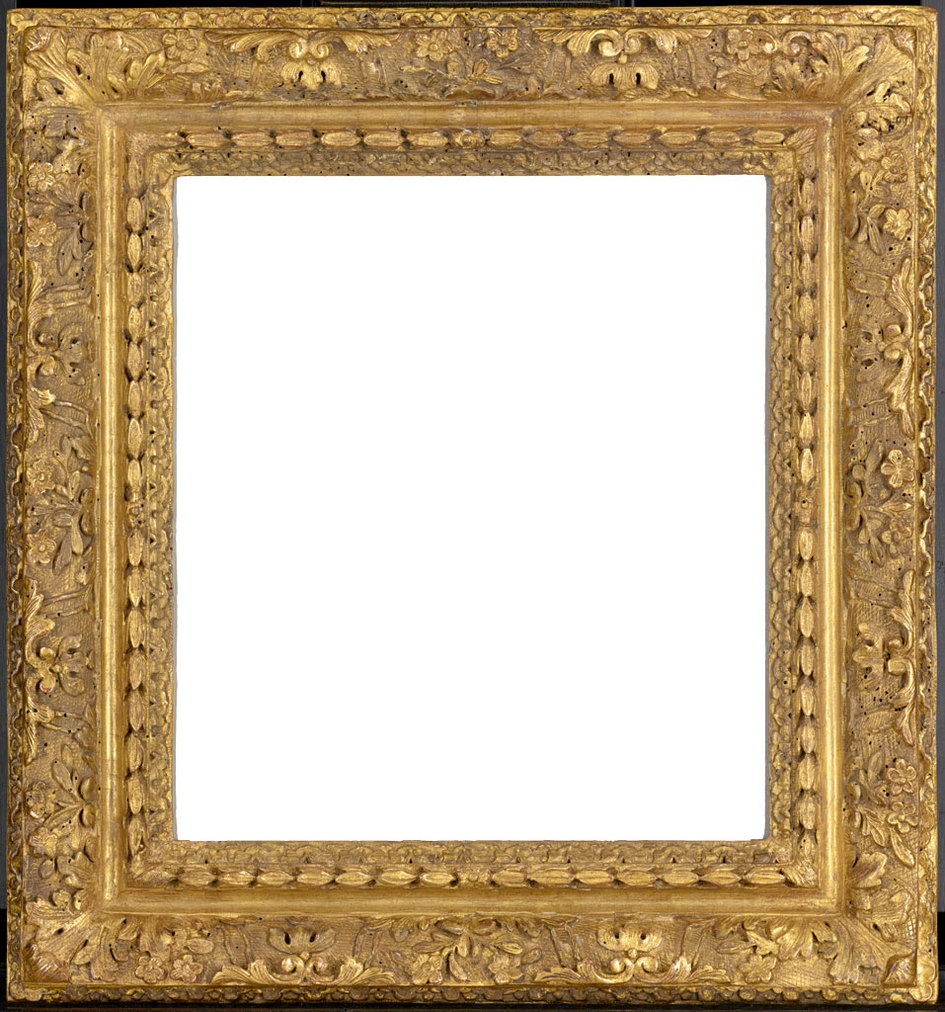