For the first time, San Diego welcomed the world’s leading forum for marine science & ocean technology Oceanology International from February 14 to 16, 2017. A large French delegation from Provence-Alpe-Côte d’Azur (PACA) region, led by the Vice-President in charge of international relations Mr. Bernard Deflesselles, crossed the Atlantic Ocean to reinforce the region’s strategic and economic links with Southern California during this event. 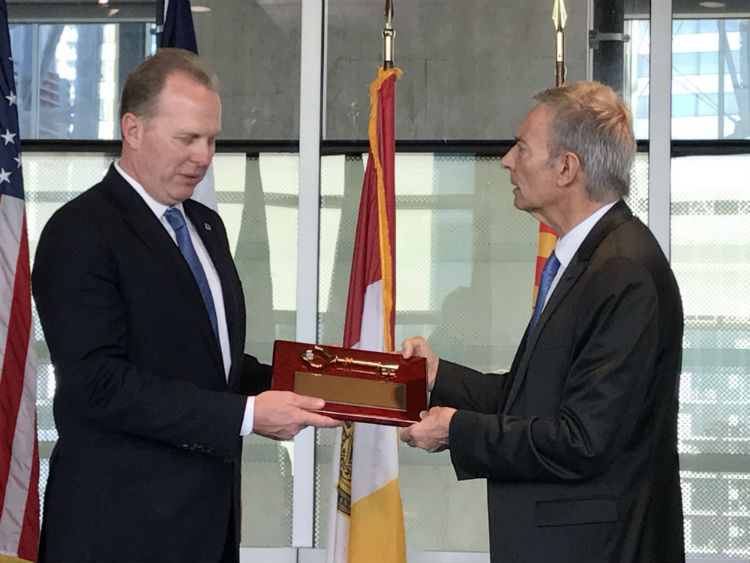 Marine industries are the main employer in the Provence-Alpes-Côte d’Azur region and this sector has remarkable potential for economic growth and development, characteristics shared with the city of San Diego. This is why the PACA region and San Diego have been developping strong connections in this field since 2013 thanks to several trips between the two countries, the launch of the South Bio Alliance, and the opening of French compagnies in San Diego (OZ Biosciences and Neuroservice) and Californian companies in the PACA region (Abreos Biosciences and CVAC). Biocom and the FrenchBiobeach association have greatly contributed to these close ties. 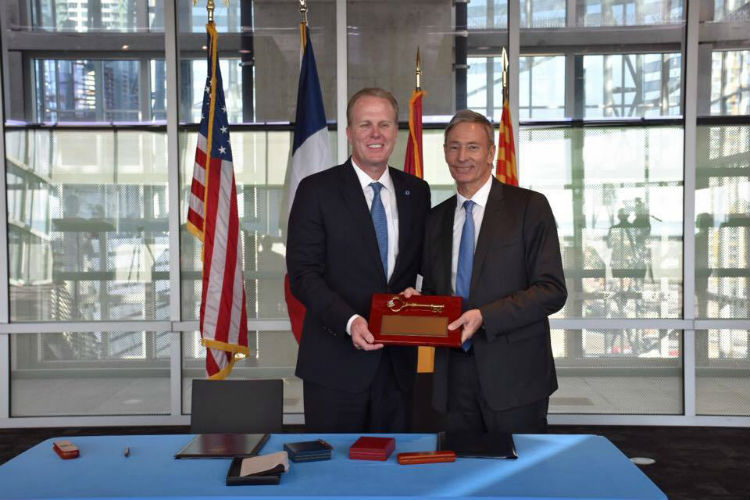 On February 15, 2017, the two long-term partners strengthened the existing cooperation by signing of Memorandum of Agreement between the City of San Diego and the PACA region in presence of the Mayor of San Diego, Mr. Kevin Faulconer, the PACA region VP for international relations, Mr. Bernard Deflesselles, the Deputy Consul in Los Angeles, Matthieu Clouvel, and the Attaché for Science and Technology in Los Angeles, Jean Rosenbaum.

This event is the first step in implementing a "Blue Tech Alliance" between American and European clusters which is exptected to extend beyond California to the rest of North America.

Mr. Deflesselles also travelled to Los Angeles to meet with Mr. Ignacio Fernandez, an economist with expertise in energy and environmental policy analysis, representing the NGO Climate Resolve. Mr. Fernandez presented Californian policy on the climate change issue in comparison with federal policies and current trends in regards to the advent of new renewable technologies. 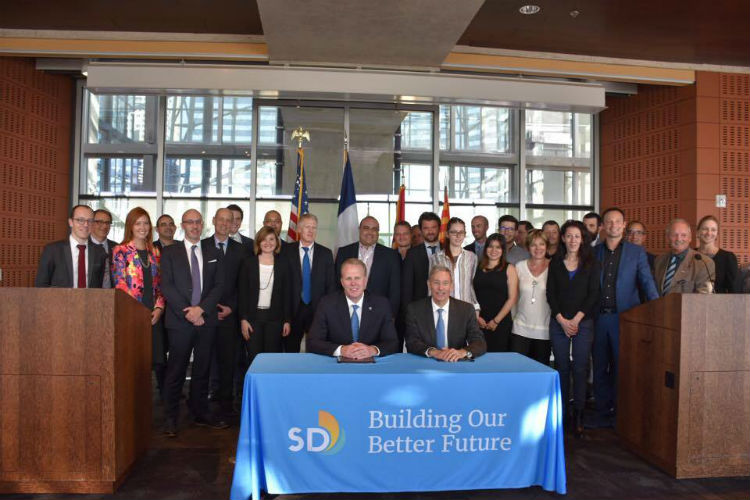