Consul General of France, Christophe Lemoine, organized a luncheon at his residence on October 9th in honor of Agnès Varda and JR who were in Los Angeles for the U.S. release of their documentary Faces Places (Visages Villages), in the presence of personalities from industry such as director Charles Burnett or actress Rosanna Arquette. 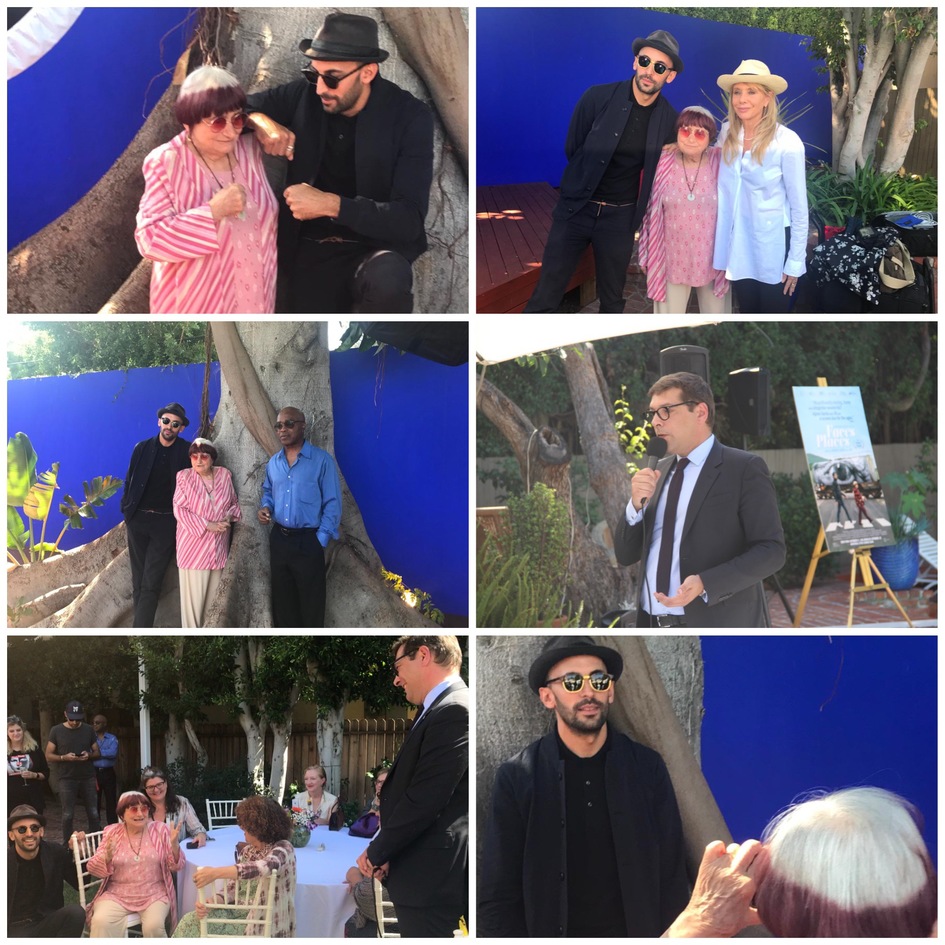 Agnès Varda and JR have similarities: a passion and questioning of images in general and more precisely on the places and the devices to show them, to share them, to expose them.

When Agnès and JR met in 2015, they immediately wanted to work together, shoot a movie in France away from the cities, traveling with JR’s photographic (and magical) truck. Random meetings or projects prepared, they went to the others, listened to them, photographed and sometimes posted.

The film also tells the story of their friendship that grew up during the filming, between surprises and teasing, laughing at their differences.

This "road movie", which received the Best Documentary Award at the Cannes Film Festival, will be released in Los Angeles theaters on Friday October 13.