The Consulate General of France in Los Angeles and the the Natural History Museum of Los Angeles County (NHM) will present A Night of Ideas 2019, a unique event bringing philosophers, musicians, artists, and authors from around the world together with the L.A. community through a series of conversations and performances from 6:00 p.m. to 12:00 a.m. on February 1st, 2019, at the Natural History Museum. The event is free and open to the public.

Free Event with Reservation Sound bath tickets will be distributed onsite during the event at 6:30 pm on a first come, first served basis.

On February 1, 2019, the Consulate General of France and the Natural History Museum of Los Angeles County (NHM) will present the Los Angeles program for ‘Night of Ideas’ (La Nuit des idées), an annual, worldwide event that celebrates the stream of ideas between countries, cultures, and generations. 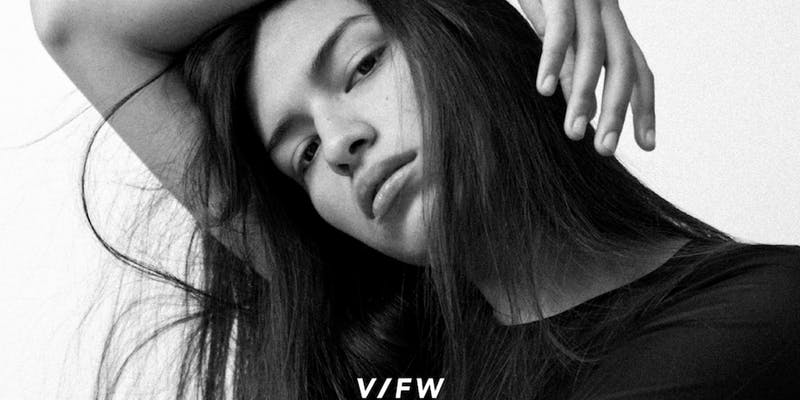 “We are thrilled to bring together this international group of thought leaders and artists to focus on some of the most pressing issues we face in our world, including global climate change,” said Dr. Lori Bettison-Varga, NHM President and Director. “I think that by investigating this intersection of science and art and collaborating with the French Embassy to host guests of this caliber and diversity, participants will be inspired in new ways to perceive global challenges and, more importantly, effect change.”

“It is an honor to partner with the Natural History Museum of Los Angeles County to host the annual Night of Ideas festival,” commented Christophe Lemoine, Consul General of France in Los Angeles. “This historic and beloved institution, which is driven to explore both the past and the present, is the ideal setting for guests to explore these topics through new collaborations and dialogues.”

Each year, Night of Ideas provides the opportunity for people around the globe to learn about and discuss the latest discoveries and prominent issues facing the world today. This is the second time this event, coordinated worldwide by the Institut Français and spanning five continents in 2019, will take place in Los Angeles; it was previously held at Bergamot Station Art Center in 2017. For the first time this year, the Cultural Services of the French Embassy, in partnership with the Institut Français, Paris, and local partners, have organized a U.S. series of Night of Ideas / A Night of Philosophy & Ideas programs—with events in Washington D.C., Houston, San Francisco, Brooklyn, and L.A.

This year’s Night of Ideas theme, “Facing Our Time,” explores questions related to the nature of our current political, social, and ecological moment, ways to effect change in response, and the power of imagination and creativity. The Night of Ideas event in Los Angeles is organized by NHM and the Consulate General of France in Los Angeles, to explore ecological and climate change through an interdisciplinary lens at the intersection of science, nature, and art. NHM will activate its galleries, diorama halls, theater and public spaces, inviting intellectuals, researchers, musicians and artists to illuminate these topics through engaging lectures and conversations, live musical and dance performances, readings, art installations, screenings, and much more.

Additionally, the famed NHM rotunda will host two rounds of scientific speed dating where guests will have the opportunity to sit around a table in an intimate setting while the museum’s scientists lead discussions on their scientific topic of choice before rotating to the next. Details about each activation are below.

Check out the program HERE

Night of Ideas is free to the public. For more information and to reserve tickets, visit nhm.org/nightofideas. (Pre-reserved tickets are not available at this time. Limited tickets available on January 22nd at 10am)

About A Night of Philosophy & Ideas

Night of Ideas is a marathon of philosophical debate, performances, screenings, readings, and music produced in connection with La Nuit des Idées, an annual world-wide event organized by the Institut Français, Paris. Since 2015, the Cultural Services of the French Embassy has co-produced intellectual marathons in the U.S. The first Los Angeles edition took place in 2017. This kind of intellectual marathon is now being expanded around the country, taking different shapes and names depending on regional partners and local expectations. The events will take place in five U.S. cities: Houston (Jan. 26 at Rice University’s Moody Center for the Arts); Washington D.C. (Jan. 31 at the Hirshhorn Museum and Sculpture Garden); Los Angeles (Feb. 1 at the Natural History Museum of Los Angeles County); San Francisco (Feb. 2 at the San Francisco Public Library); and New York City (Feb. 2 at the Brooklyn Public Library). All events are co-produced by the Cultural Services of the French Embassy, the Institut Français, Paris, and local partners. Night of Ideas is an evening program that aims to encourage and foster discussion across cultures and generations. Talented artists, top-name musicians, and panels in various formats will engage and challenge audiences. NHM will be open to explore with pop-up performances, installations, real-time illustrators, and video screenings in historic halls and brand-new exhibitions. Learn more about the event by visiting lanuitdesidees.com/en/about.

About the Cultural Services of the French Embassy

The Cultural Services of the French Embassy promotes the best of French arts, literature, cinema, digital innovation, language, and higher education across the US. Based in New York City, Washington D.C., and eight other cities across the country, the Cultural Services brings artists, authors, intellectuals, and innovators to cities nationwide. It also builds partnerships between French and American artists, institutions, and universities on both sides of the Atlantic. In New York, through its bookshop Albertine, it fosters French-American exchange around literature and the arts. www.frenchculture.org

About the Natural History Museums of Los Angeles County (NHMLAC)

The Natural History Museums of Los Angeles County include the Natural History Museum in Exposition Park (NHM), La Brea Tar Pits in mid-Wilshire/Hancock Park, and the William S. Hart Museum in Newhall. They operate under the collective vision to inspire wonder, discovery, and responsibility for our natural and cultural worlds. The museums hold one of the world’s most extensive and valuable collections of natural and cultural history—more than 35 million objects. Using these collections for groundbreaking scientific and historic research, the museums also incorporate them into on- and offsite nature and culture exploration in L.A. neighborhoods, and in a slate of community science programs. This creates a new natural history museum experience that explores the past, but increasingly addresses the present and the future. 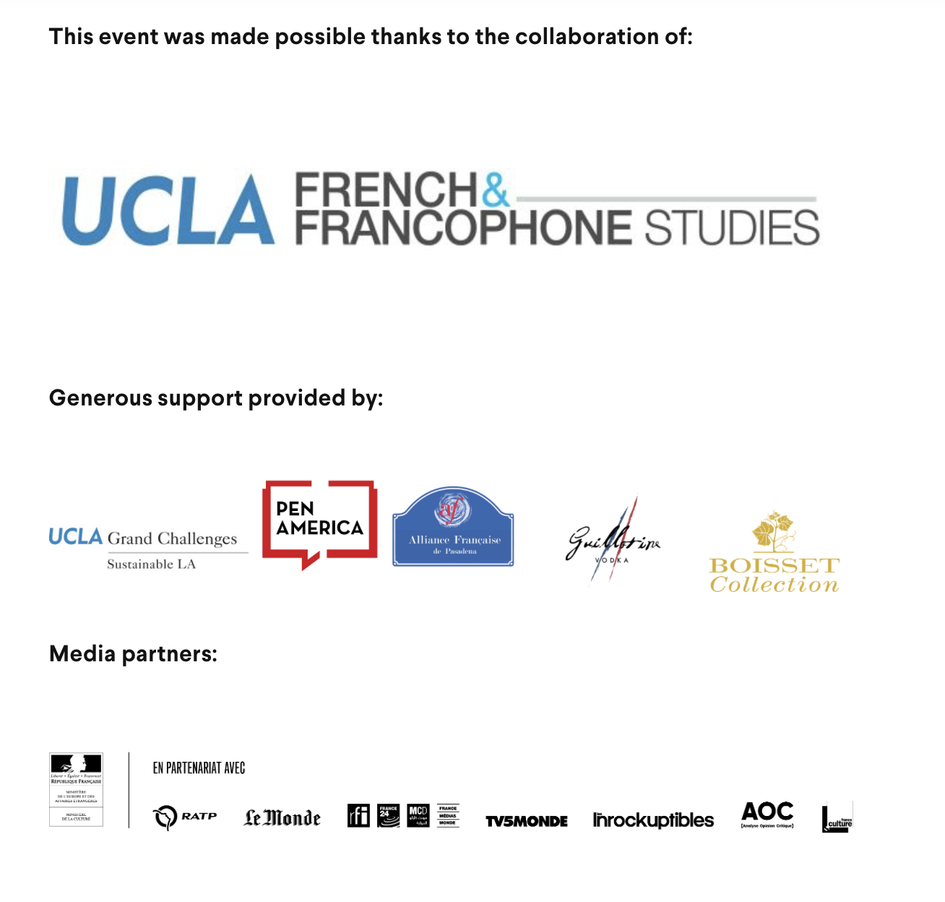