The top five teams in the world will meet in San Diego in June and July 2019 for the first edition of the Women’s Rugby Super Series, an international women’s rugby tournament.

Organized for the first time in three years, the tournament has gone from four to five teams. The Women’s Rugby Super Series will compete with England, Canada, France, the United States and New Zealand.

In partnership with World Rugby, the Women’s Rugby Super Series 2019 is part of an effort to provide greater visibility of women’s rugby while providing spectators with the quality of play.

Each team will play one match, which will make ten international matches for the pleasure of growing rugby fans in Southern California. France will face Canada in their first match. Winners of the title of the tournament of the six nations 2018 and arrived third in 2019, the blue ones will give it all in San Diego.

A total of two games will be played each day on June 26, July 2, July 6, July 10, July 10 and July 14, giving teams and fans a chance to compete at the top international level.

The first four days will be held at the Elite Athlete Training Center in San Diego. The last day will take place on July 14 at Torero Stadium.

"We are very excited to host the return of the Women’s Rugby Super Series. [...] This will be one of the biggest women’s rugby events in 2019 and the fact that it’s being held in the United States will have a positive impact on our program, our players and our community." said Emilie Bydwell, General Manager of USA Rugby Women’s Division.

"The Women’s Rugby Super Series is a fantastic competition that offers more quality gaming opportunities. It will be an exciting tournament, in which we look forward to the top five women’s international teams this summer" added Sir Bill Beaumont, president of World Rugby.

Match schedules and ticket information for the Women’s Rugby Super Series 2019 will be announced at a later date. In the meantime, fans can sign up to be part of the USA Rugby Event Presale List at the following address:www.usarugby.org/tickets.

The Women’s Rugby Super Series will count for the Women’s World Ranking. Our French team will play its first game on July 2nd and its last against USA on the 14th.

To finish in style, here is a little foretaste for rugby fans 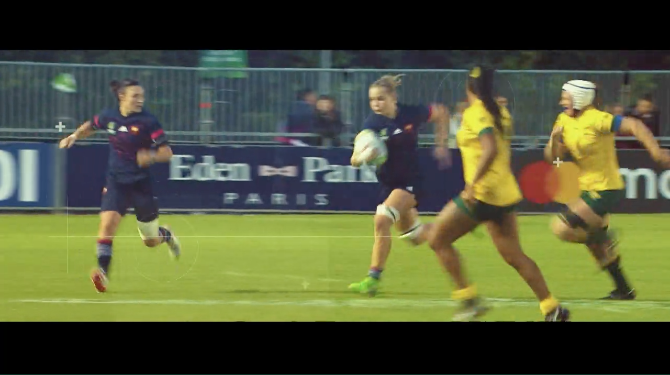 Do you organize a watching party? Contact the Consulate [HERE] to be listed in the article.