How about a luxury trip for two to Paris? Play a game with MyFrenchFilmFestival!

Picture a return trip to Paris on Air France, spending three nights at the Hôtel du Collectionneur, climbing to the top of the Eiffel Tower, wandering down the Champs-Élysées, taking a boat ride down the Seine, walking up to the heights of Montmartre... All of this is possible thanks to MyFrenchFilmFestival.

To win a trip for two to Paris, as well as unlimited access to films screened at MyFrenchFilmFestival, all you need to do is try your luck by joining in a game on our page.

From 16 January to 16 February 2020, the 10th edition will once again invite web users all over the planet to discover 10 short films and 10 feature films in competition, as well as a selection of films out of competition, all subtitled in 10 languages. Comedies, thrillers, romances, dramas, classics... All genres that represent the diversity of Francophone films will be in the spotlight.

The short films can be viewed free of charge worldwide, while the feature films have a viewing fee (€1.99 per film or €7.99 per pack). The festival will be entirely free in Africa, Latin America, South Korea, India, Poland, Romania and Russia.

Web users can find the films of the selection on MyFrenchFilmFestival.com. In parallel, 50 video-on-demand platforms will present the festival internationally, including the Apple TV app (in over 90 territories), Amazon Prime Video, Google Play and even MUBI.

Several prizes will be awarded at the end of the festival. The complete festival selection and Filmmakers’ Jury members will be unveiled in early January 2020 in Paris.

MyFrenchFilmFestival is organised by UniFrance, the organisation in charge of promoting French cinema throughout the world. 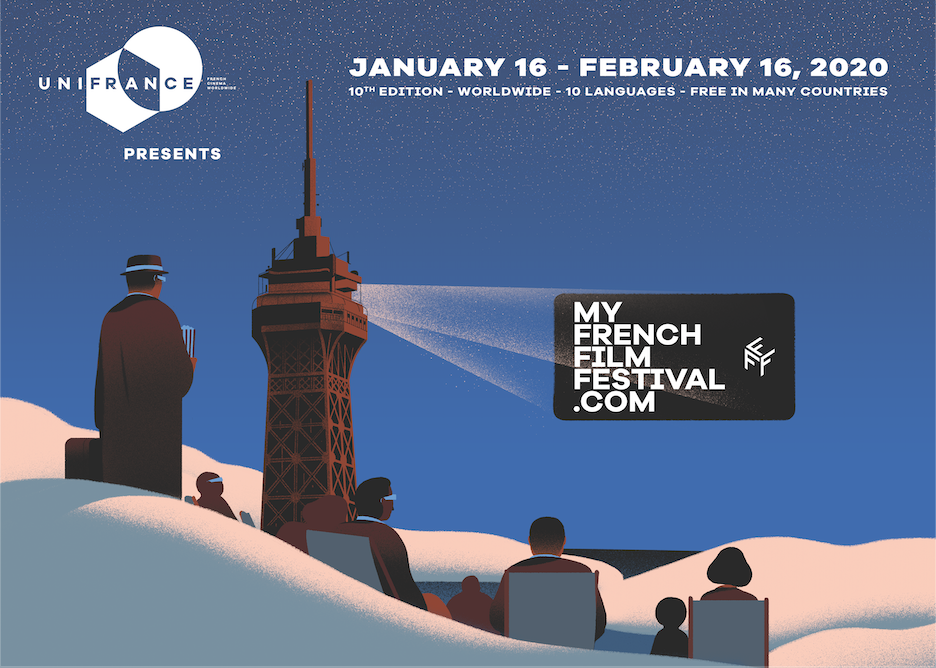