France second in the world for the production of video games

French studios are recognized worldwide for their expertise in the video-game industry, where global sales are expected to rise from €41.9 billion in 2011 to €75 billion in 2015. 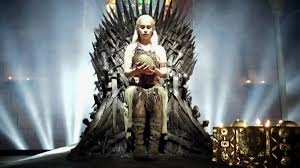 Assassin’s Creed, Raving Rabbids, Just Dance, Game of Thrones… These adventures, so familiar to fans of PlayStation, Xbox and other game consoles, were all created in France. France remains the second largest producer of video games in the world, after the United States. Success has been unfailing for the 300 French companies in this rapidly-growing sector, where global sales rose from €41.9 billion in 2011 to nearly €60 billion in 2012 and may reach the milestone figure of €75 billion next year. 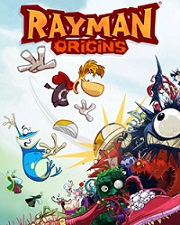 Rayman Origins, the platform game developed by the giant Ubisoft, sold several million copies in the course of a few months, while Dishonored, a game designed by Arkane Studios in Lyon, had a following of more than 2 million players after six months. On mobile platforms, My Brute has racked up over 4 million downloads and the landmark game Criminal Case continues to attract a community of 10 million.

According to figures published by SELL, the French union of entertainment software producers, France has 31 million regular players, more than any other country in Europe. In 2013, almost 8 in 10 French people had played a video game at least once in the previous twelve months.

A study by SNJV, the French national union for the video-game industry, reminds us that “France is a pioneer in the field of video-game development. Ever since the 1980s, many games created in France have enjoyed international success. The French can even be credited with the invention of certain genres, such as survival horror.” The industry remains very dynamic, as 32% of its companies were founded within the past two years, but it also has a solid base, with more than a quarter of studios (27%) established over a decade ago. The sector is highly fragmented, however. While 77% of companies have sales of more than €1 million, barely 8% reach the milestone figure of €10 million.

Production teams can be found throughout France; major regional hubs include Île-de-France, Rhône-Alpes, Nord-Pas-de-Calais, Aquitaine, Languedoc-Roussillon and Brittany. In addition, almost 80% of French products are exported. Another sign that the industry is thriving: more than 150 jobs are created each month, in 28 specific fields involved in the process of inventing the video games of the future (management, design, imagery, technology, support services, etc.). The highly dynamic clusters CapDigital and Imaginove have enabled the video-game sector to organize itself more effectively and build links with the rest of the digital industry.

France also offers prestigious courses which prepare students for a career in the video game industry and are internationally renowned for their quality, at universities such as ENJMIN, the national school of video games and digital interactive media in Angoulême, and Gobelins, a school of applied arts, print and digital media. Intellectual property is an important issue in this industry and French creators’ rights are protected by French law, as well as by the French National Institute of Industrial Property (INPI). France also benefits from the research tax credit, which helps to promote creativity in the field of video games.

The French Ministry of Foreign Affairs has teamed up with CNC, the national centre for cinema and the moving image, and Le Game, an association of professionals from the industry, to conduct a study reviewing France’s position in terms of video game exports, and putting forward a joint strategy to improve the promotion of video games abroad.

The Ministry is also part of the “French Tech” initiative, which seeks to boost France’s influence in the fields of start-up creation and high technology, and to encourage innovators to come and invest in France.

In order to market their products to an even wider audience, video game companies may soon establish a national online platform for French products, modelled on the industry’s leading distribution platform, Steam. The future certainly looks bright for “Made in France" video games…

The video game industry in figures :

€2.7 billion of income generated in France